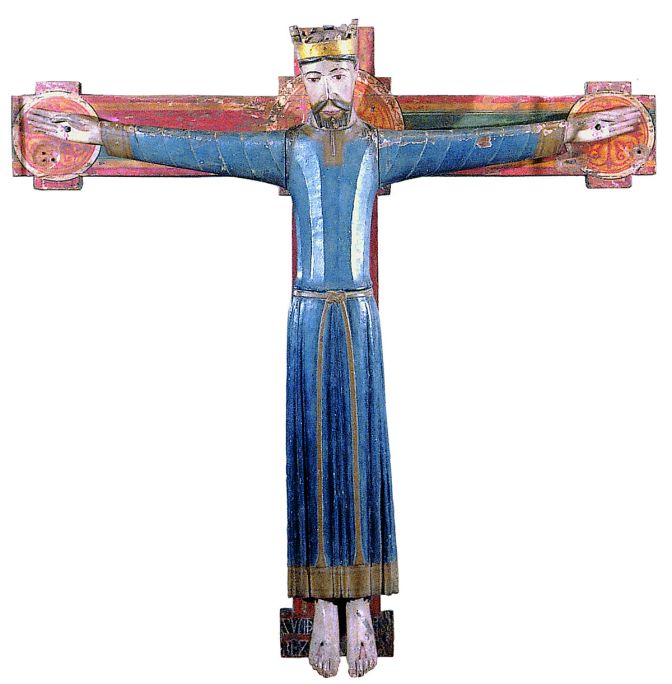 Christ in Majesty of Sant Miquel de Cruïlles is very characteristic of Catalan Romanesque art in its representation of the crucifixion of Christ. He is a living, triumphant Christ. The cross, to which the image is nailed, made of painted wood with ornamental motifs, is older, likely from the 11th century. With part of the top missing, the cross was reused to incorporate the new sculpture in the 12th century. For this reason, hidden under the feet of Christ is the painted inscription in Latin which translates as: “I am God and they sell me / I am King and on this cross they hang me.” On the back of the cross, at the ends, the symbols of the four evangelists are still visible along with a symbolic representation in the centre of the Lamb of God (Agnus Dei) which evokes the figure of Christ as an offering in sacrifice to redeem the sins of mankind.