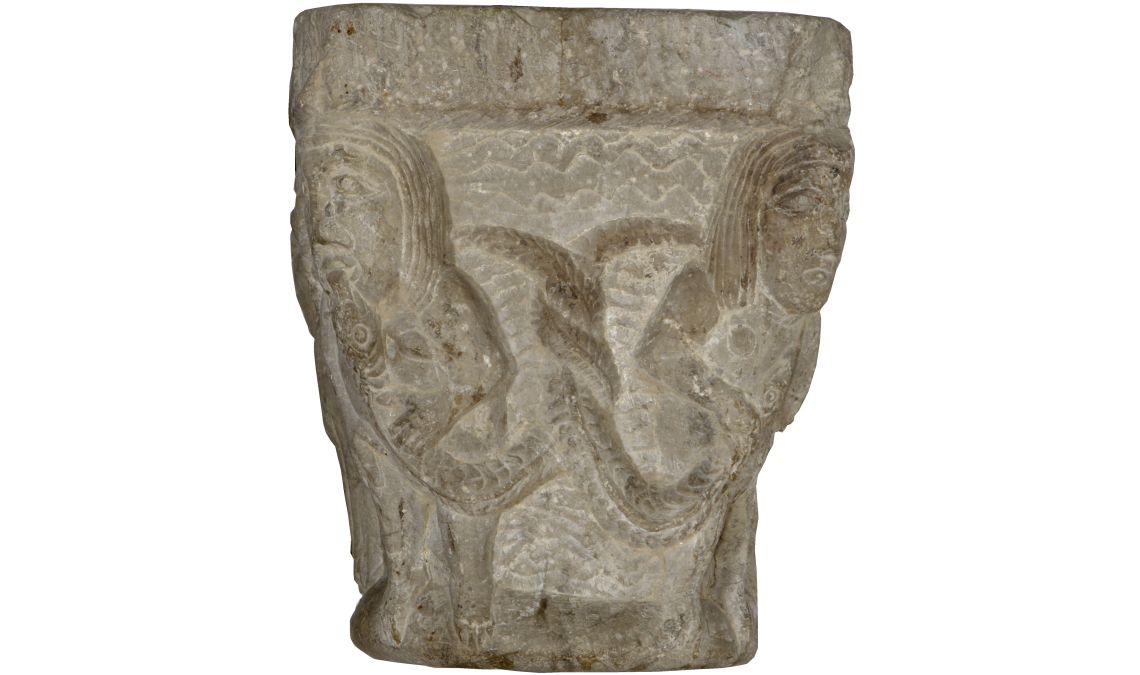 The corners of this capital are occupied by two female figures being attacked by snakes, and two male figures, most probably churchmen, with crosiers in their hands.

It is a rendering of punishment for lust, a popular theme in the Romanesque, with a naked female figure attacked and bitten by snakes. It is unusual, however, for this subject to include religious figures. We are therefore contemplating an educational scene, to teach the people a lesson about good and evil, in which we might also infer a warning to the church establishment about the danger of succumbing to sin.