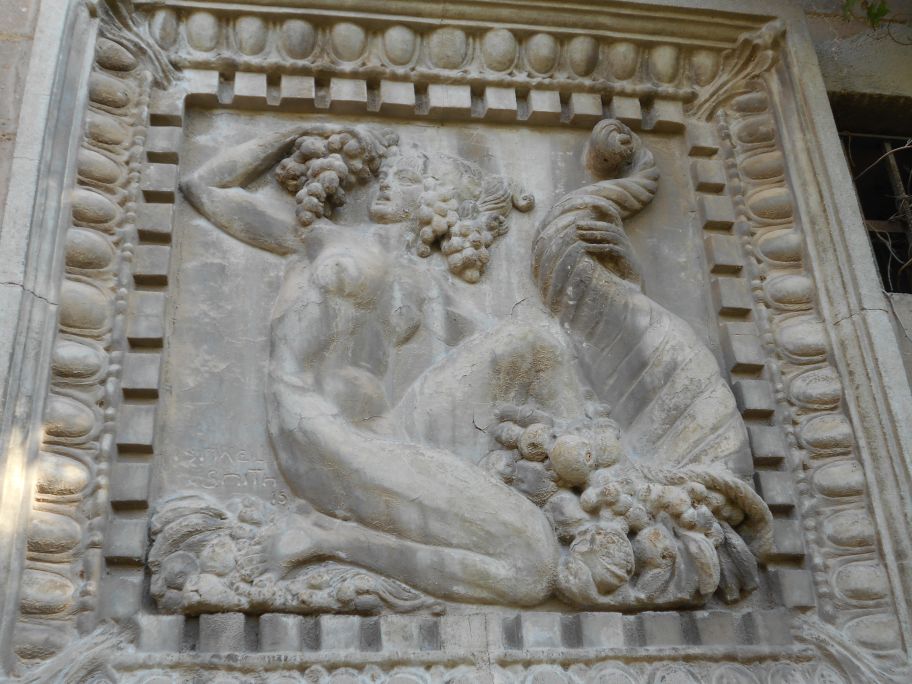 The Allegories of the Roviralta Factory, Ismael Smith, 1915, Cement. Art Museum of Cerdanyola.

In 1915, Ismael Smith modelled the allegorical reliefs in cement that decorated the façade of the railway line of the monumental Uralita factory in Cerdanyola, one of the most important works in the industrial heritage of Catalonia. The reliefs can be identified as the depictions of the original goddesses of the land and the sea, Gaia and Thalassa, alluding to abundance and trade as emblems of industry, and could also have other more complex symbolic connotations related to the intellectual circles of which Roviralta (founder of the factory) and Smith were part.

These pre-Olympic goddesses, in the purest Noucentista ideology, give classical legitimacy to one of the most modern and powerful industries in Catalonia at the time.