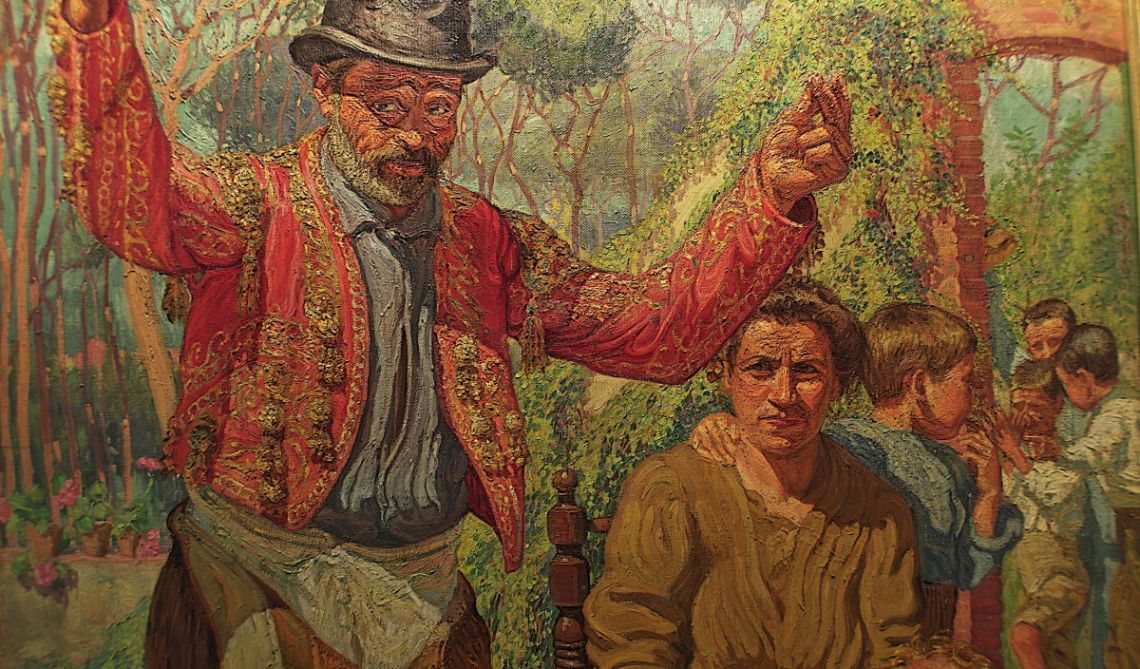 Un borratxo (A Drunk) is one of the most prominent and representative works of the Cerdanyola period in the oeuvre of Josep de Togores. He painted it when he was 18 years old, probably between late 1910 and early 1911.

It is a controversial work that had both defenders and detractors when it was displayed at the 6th International Art Exhibition of Barcelona held in the Palau de Belles Arts in 1911, where it won a third-place medal. This was one of the few awards that Togores received in his career, which, however, was thoroughly successful not counting official competitions.