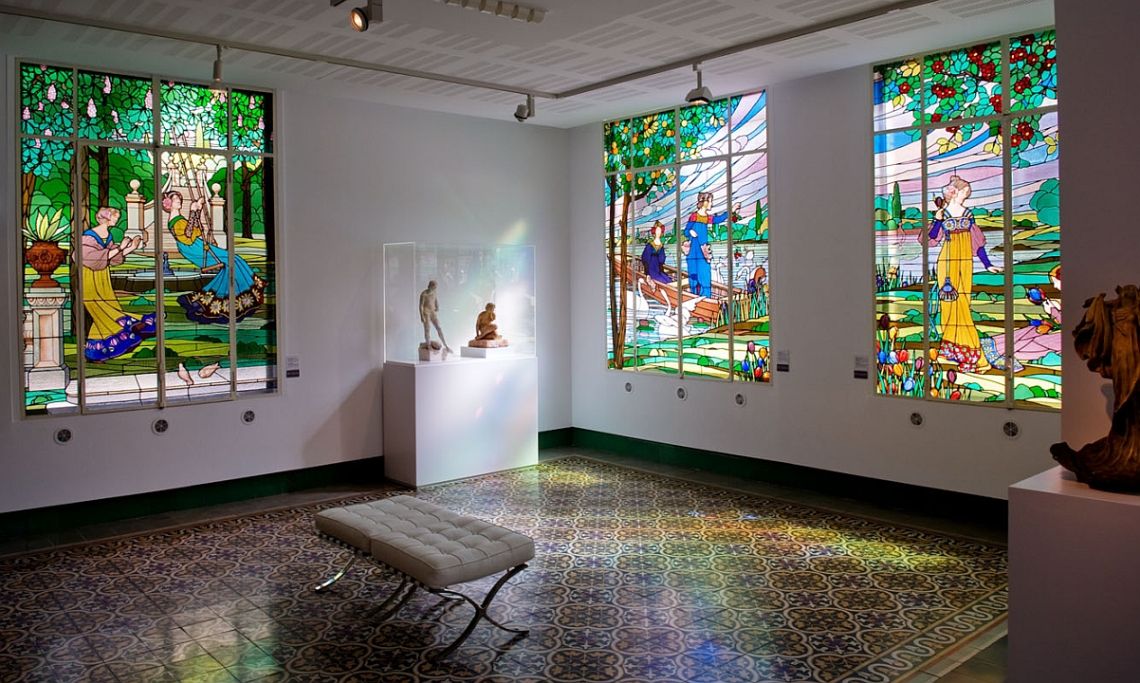 The three panels in the Dames de Cerdanyola (Ladies of Cerdanyola) were executed in around 1910 for the home of the merchant Evarist López, the current headquarters of the MAC, which had been refurbished under the oversight of the architect Eduard Maria Balcells Buïgas.

The stained glass windows are included in the Catalogue of Catalan Cultural Heritage.