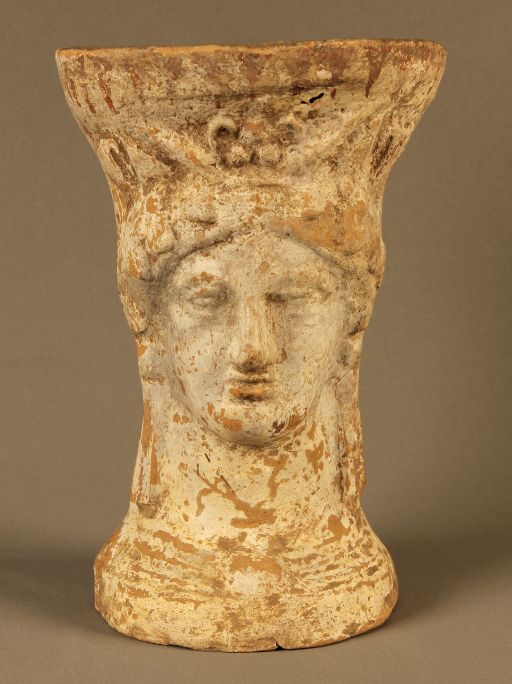 It has the appearance of a female bust, with its hair parted in the centre and combed symmetrically. The top is flat and rounded, in the form of a kalathos, with five vertical perforations (made before firing). It was clearly made using a mould, and represents an agricultural goddess, usually identified with Demeter or Ceres. It still preserves, especially on its reverse, a layer of white engobe on which there are remains of painted decoration, which is most visible on the upper edge as red triangles pointing down (known as wolf teeth).