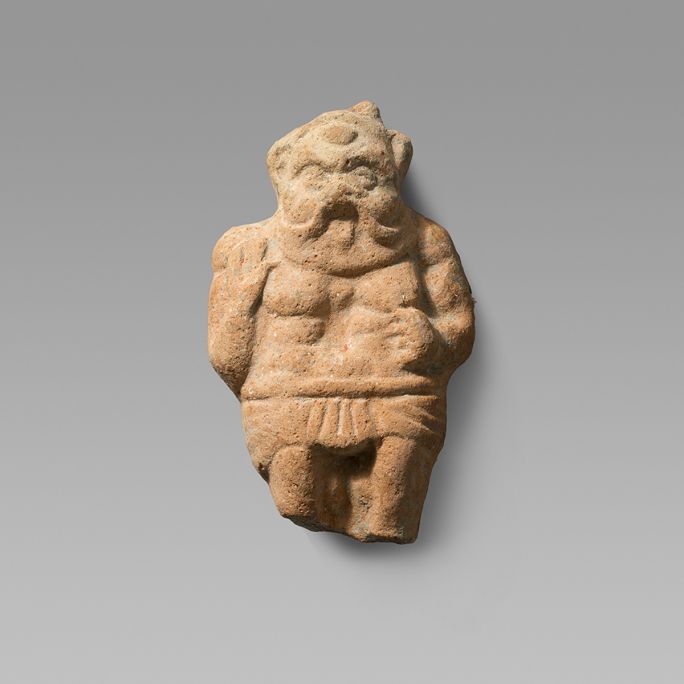 Frontal view of the terracotta figure of the god Bes. Archaeology Museum of Catalonia, Ullastret.

A terracotta figure which represents the god Bes as a grotesque figure, seen from the front with one hand raised, bearded, sticking out his tongue and dressed in a short skirt. It must have had a feather headdress, which has not survived, and may have been completely coloured. Bes was a god who over time acquired importance in the Egyptian pantheon. He was later adopted by the Phoenicians, who spread his worship across the Mediterranean. He was a family god who protected the home and its inhabitants, especially pregnant women and the sleeping.