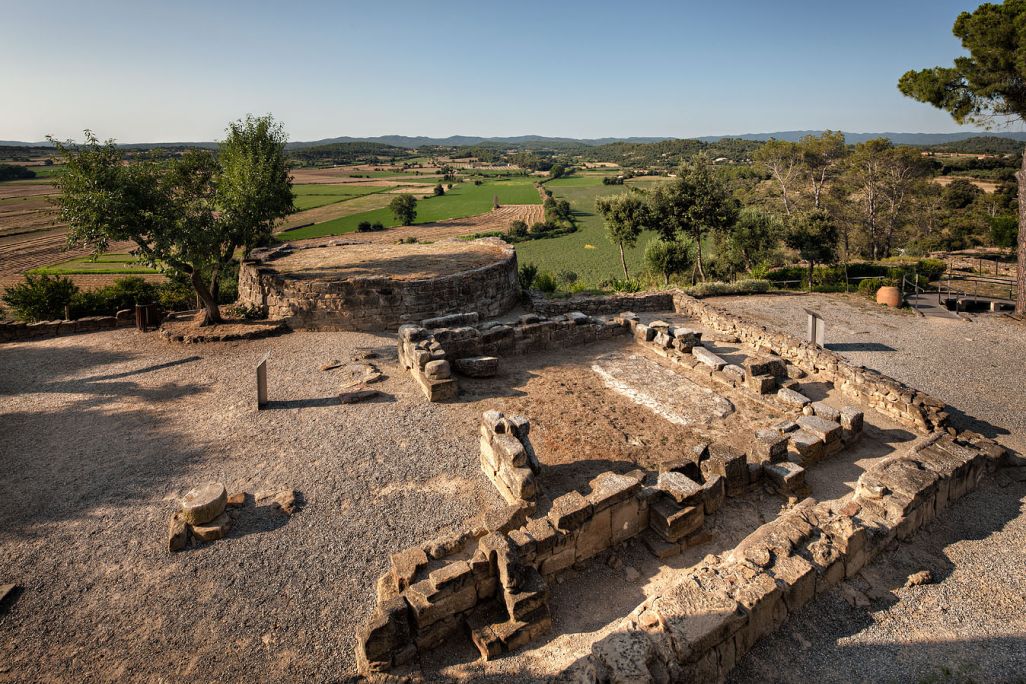 The upper part of the settlement is the home to a sacred district which contains the remains of two temples. This location of a sacred area in the upper part of the city aims to imitate many Greek cities, where the acropolis or sanctuary complex intended to overlook the city.

The temple located on the southern side is the only public building that still remains fairly intact in terms of its floor plan, which allows us to study the constructive features of the building. It was rectangular in layout, had an entrance vestibule and outer buttresses, and it still harbours the remains of the flooring, which was covered with a waterproof mortar made of sand, lime and ceramic decorated with white tesellae. Approximately one metre to the north of this temple, running parallel to it, are the remains of another large temple which is partly nestled under the building that houses the museum.

Different kinds of mosaics were found in this area, along with painted stuccoes, mouldings and cornices, all of which give us a sense of the monumentality of these buildings. Likewise, numerous terracotta votive offerings made from moulds were found which quite realistically depict the faces of what may be mythological characters. The votive offerings were polychromed, although very little remains of the paint. 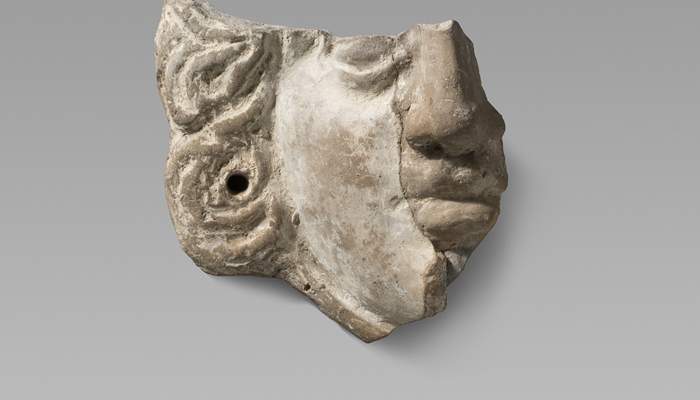