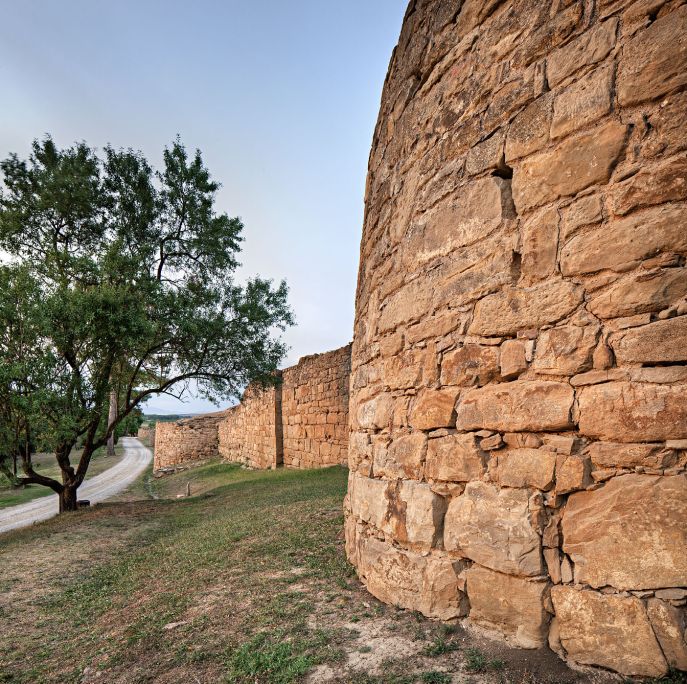 This is one of the most complex and elaborate indigenous fortifications on the Iberian Peninsula. The wall we see today is the result of several phases of building and repairs. There are over 930 m of wall on the west, south and part of the east sides, although it undoubtedly surrounded the whole settlement. The most complex section is on the west side (the first we come across upon arrival), which defended the most vulnerable part of the city.

The wall is reinforced by several towers on the west, each separated from the others by approximately 28 m, another tower at the northernmost point of the wall, and an observation tower to the south of the city, next to the temple area. Nine gates to the interior have been discovered so far. Some of these gateways were found filled in, which shows that at the end of their existence they were no longer in use.

Recent geophysical surveys have revealed the existence of an enormous defensive trench running parallel to the line of the walls on the western side of the hill. 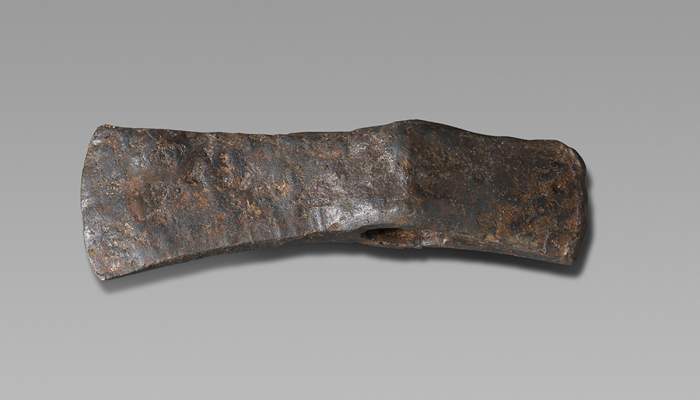