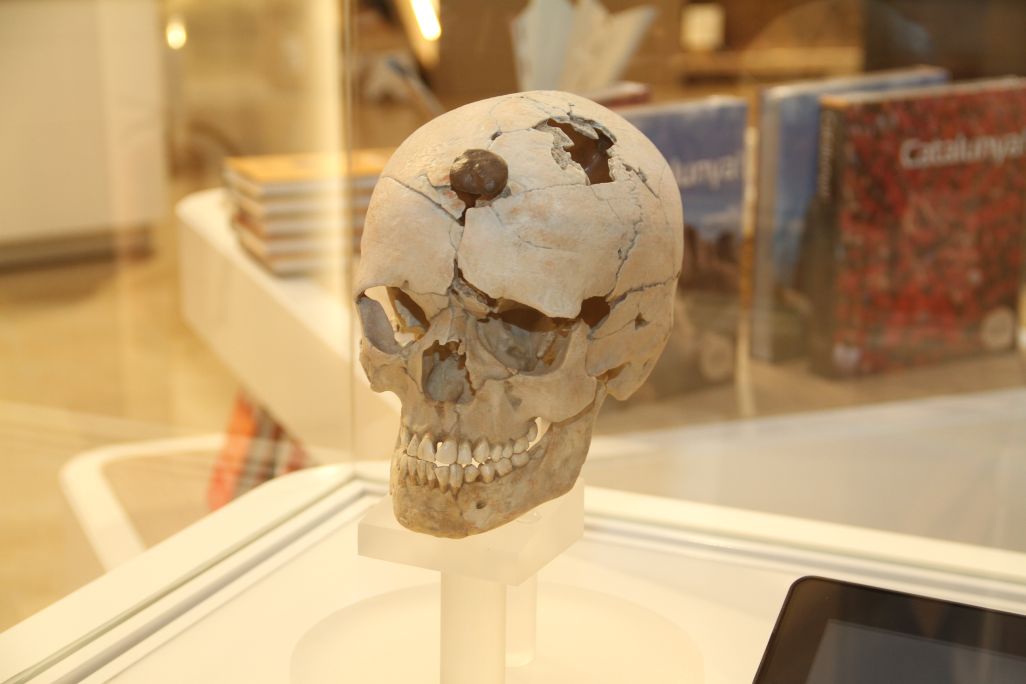 The skull of a male aged 40 to 50 which is pierced obliquely by an iron nail which was used to hold the head and attach it to a wall or another structure. This ritual was a relatively common practice among the Gallic peoples of the Mediterranean and the Iberian tribes in the northern part of what is today Catalonia. After combat, they would cut off their vanquished enemies’ heads and carry them back to their homes, where they displayed the skulls along with their weapons on the facades, porches or courtyards as war trophies.