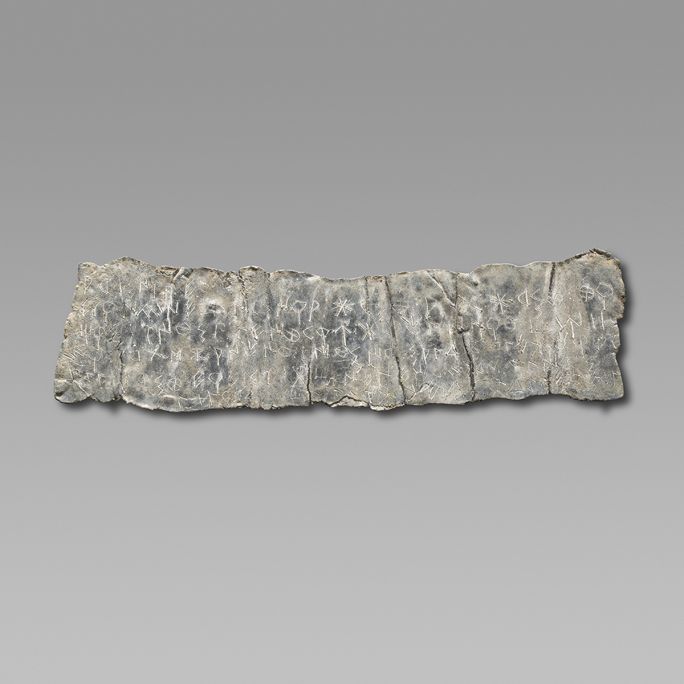 View of one of the two faces of a letter with Iberian text inscribed on lead. Archaeology Museum of Catalonia, Ullastret.

A letter written in Iberian with incisions on a lead slate. It has a long rectangular shape, with irregular sides, and must have been folded nine times. The writing in the north-eastern Iberian script can be seen on both sides. Face A has six lines of text which cover the whole surface, while B has a single line from one end to the other. It is one of the most complete Iberian inscriptions. The text contains names and numbers, allowing us to identify it as a trade letter, similar to Greek letters found at Empuries and Pech Maho.