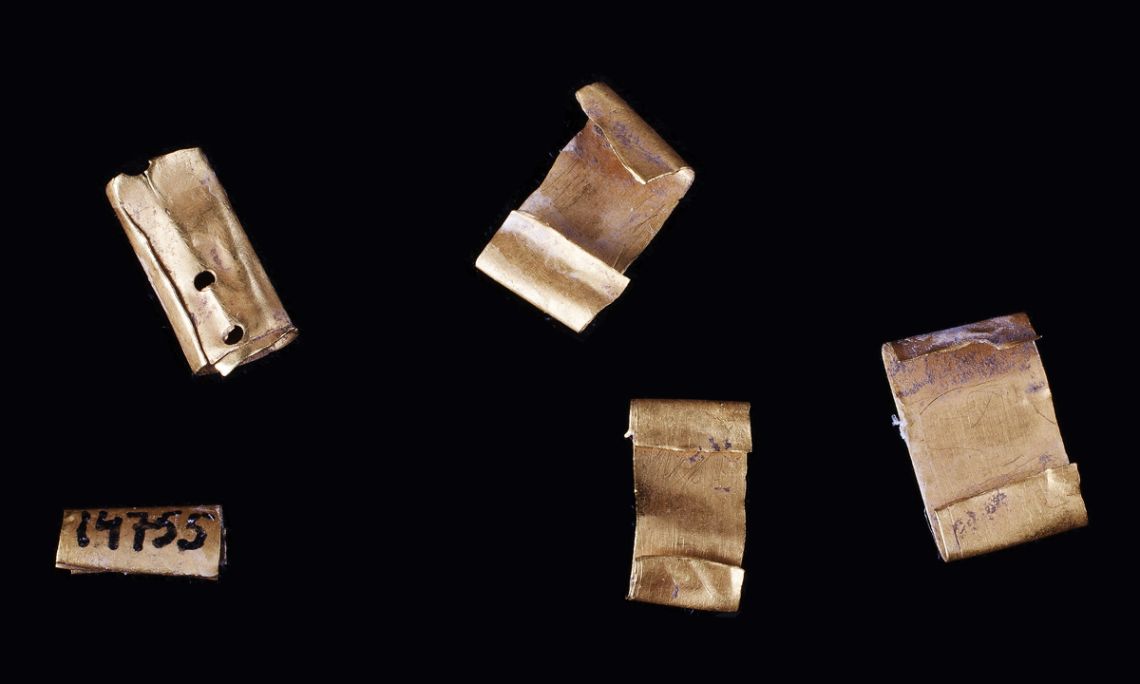 In megalithic tombs there were often objects accompanying the corpses, particularly those with ornamental features such as the beads of necklaces made of different materials. The presence of gold tells us that they belonged to figures of a certain social class.

Knowledge of the techniques for working with metals must be related to the use of different metals such as gold and copper, which have a similar melting point (±1,050 BC). Pure gold is the most manageable and ductile metal known to man. Thanks to the ease with which it is worked, it was one of the first metals to be used in prehistoric Catalonia, where it appeared late in the Neolithic period.