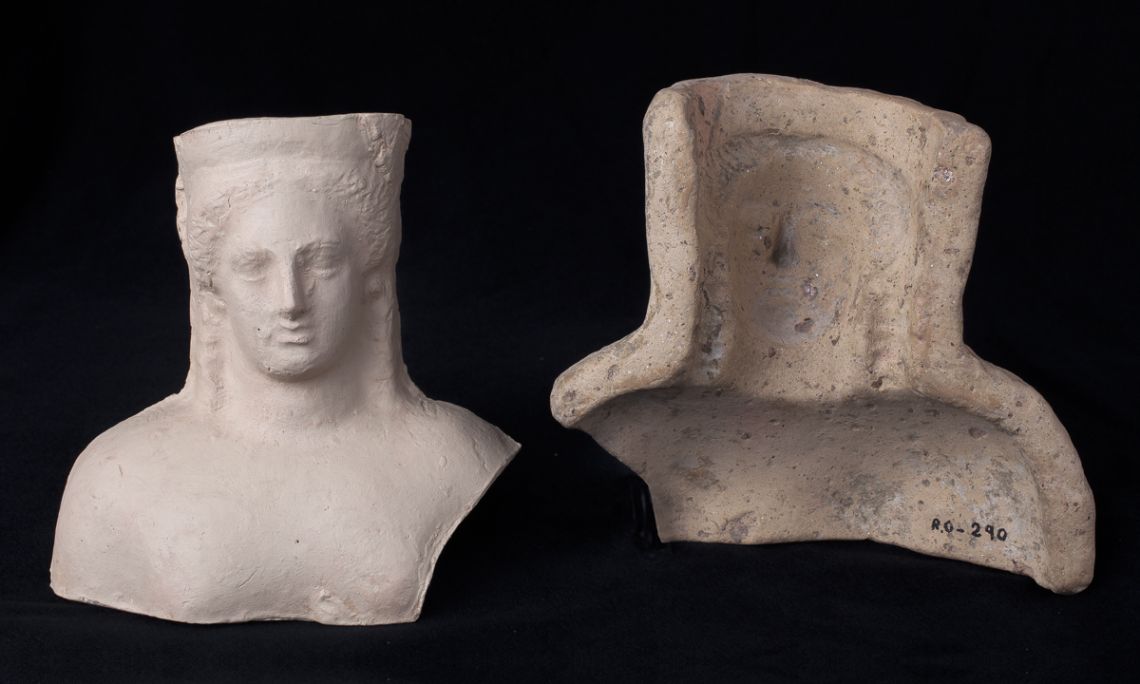 This mould, which is made from the same clay as Massaliote amphorae, made it possible to make terracotta busts of a female personage, possibly the goddess Demeter. It is a worn mould, obtained from an original from Magna Grecia, probably from a workshop in the area of Tarento (c. 400 BC).

Although it comes from the Hellenistic district of Rhodes, no terracotta has been found here, neither on this site nor anywhere else in the vicinity.