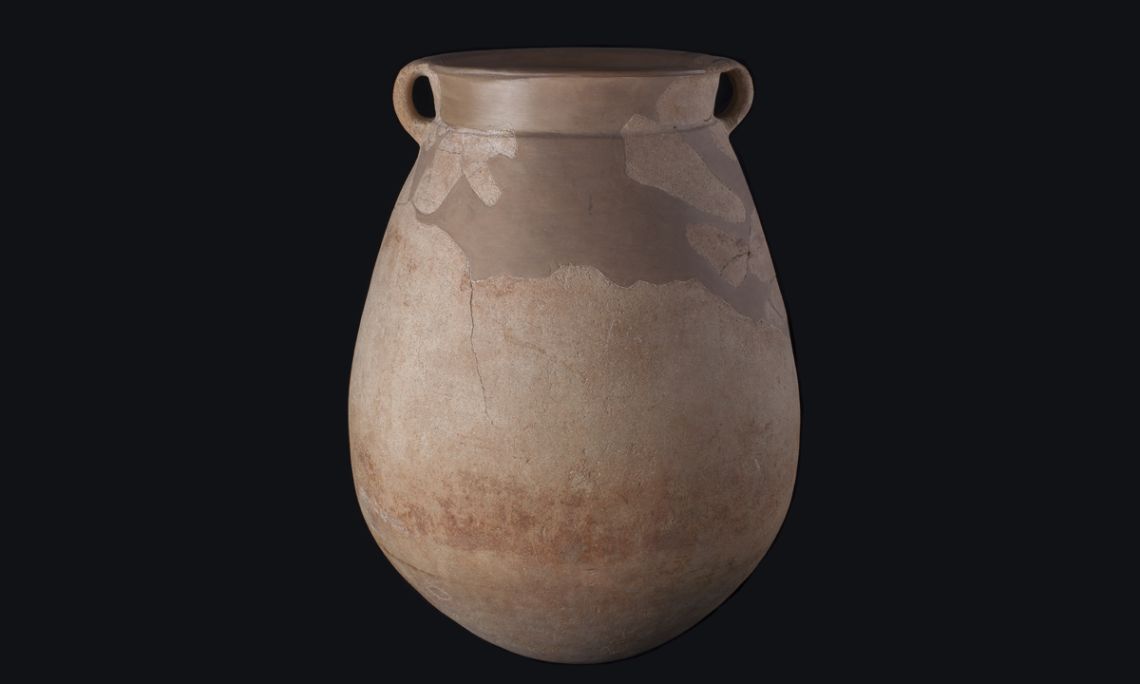 This large, wide-mouthed container of Phoenician origin was used to store and transport goods. It conserves remains of the decorations on its sides, painted with red clay. Both the decoration and shape spread rapidly around the indigenous Mediterranean communities. Pithoi were very common vessels in the Phoenician settlements in the south of the Iberian peninsula. They were also used in Phoenician necropoles for depositing the cremated remains of the deceased. In our region they were used in indigenous burials, albeit very rarely.

It was a container for transport, especially overland, and storage. It was probably made in the south of the Iberian Peninsula (650-600 BC). The necropolis where it was found, discovered in 1888, lies underneath the Burés factory. Excavations conducted in 1954-1955 unearthed nineincineration tombs. They contained a rich collection of grave goods and the first iron and ceramic objects of Phoenician originwere found in three of them.