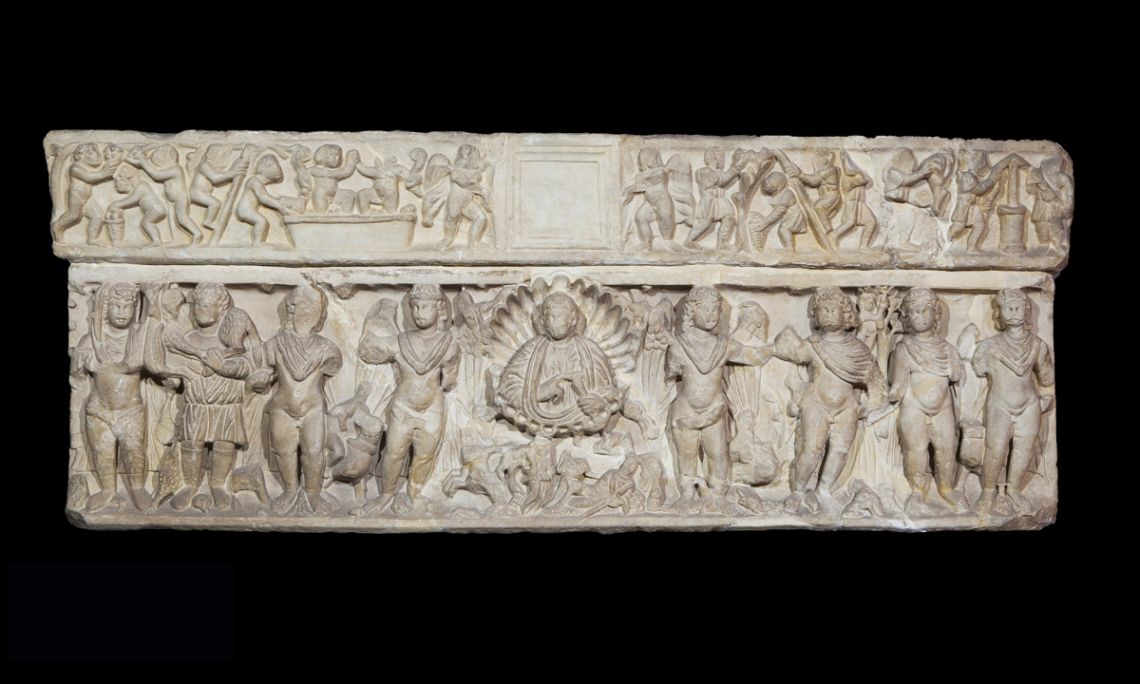 Non-Christian Roman sarcophagus, notable for its rich decoration on both the body and the lid. The figures on the body personify the four seasons. The centre shows a bust of the deceased within a clipeus (large shield) flanked on either side by two winged genies and two small Victories. Below there is a scene from the myth of Selene and Endymion. Above there is a sign where the name of the deceased would have been written. At the top, there are two groups of figures that showing agricultural scenes from the Roman world; the production of oil and wine.