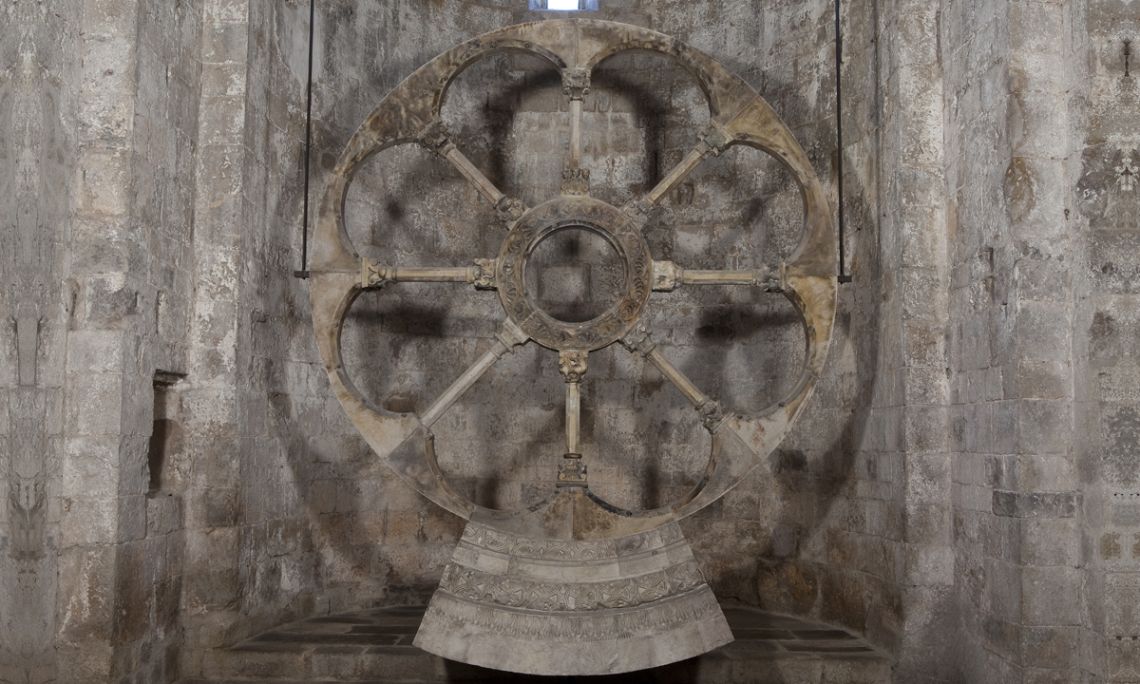 The main façade of the Sant Pere de Galligants monastery is dominated by a stunning rose window.

Formed by eight small columns, the capital at the base of the central column shows the image of an abbot surrounded by several monks. Above the arches at the top there is an inscription OMNES COGNOSCANT PETRUM FECISSE FENASTRUM (everyone should know that "Peter" made the window). We cannot know whether this "Peter" was the sculptor or the Abbot who oversaw the building works.