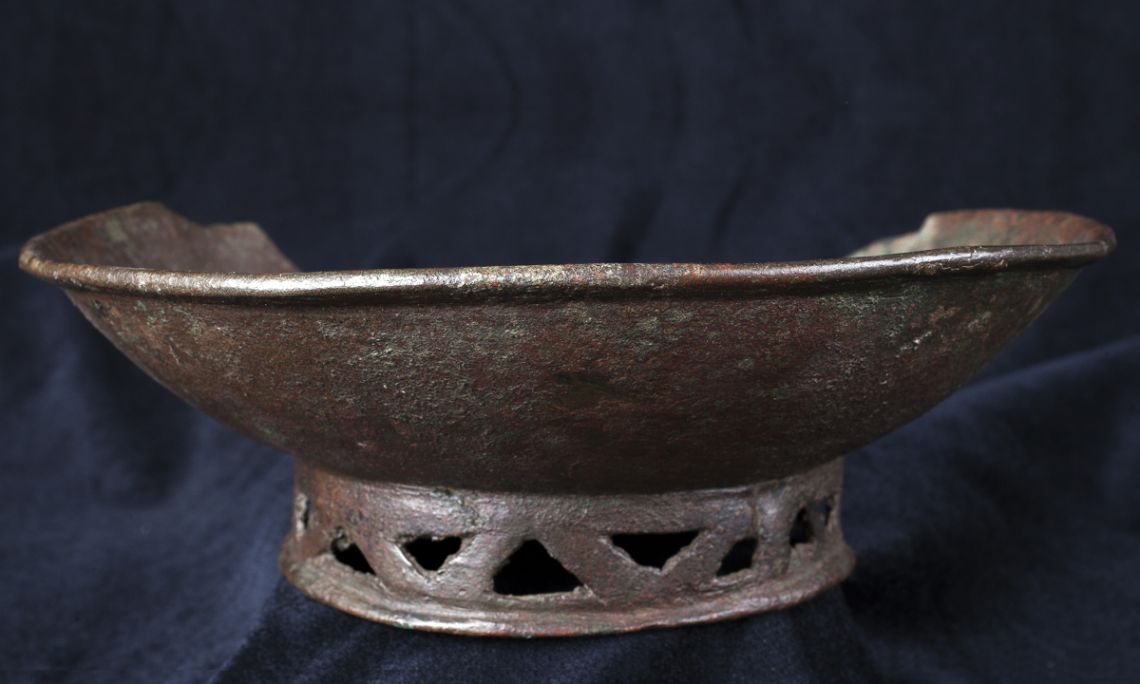 This was among a group of bronze pieces from El Collet de Sant Antoni de Calonge, found next to the Roman villa there. This trove of bronzes from the Visigothic period was discovered in 1897. It consists of 19 pieces, including of cups, Roman scales, chains, a trivet, handles, pots, ingots and fragments of cups and copper plates. The objects come from different periods, from the height of the Empire to later pieces from the 7th century AD. This collection of old, broken and worn bronze pieces was intended to be melted down and reused. The plate or dish with the affixed base was made in Italy to a Coptic model (Egypt), a rare find in the Western Mediterranean.