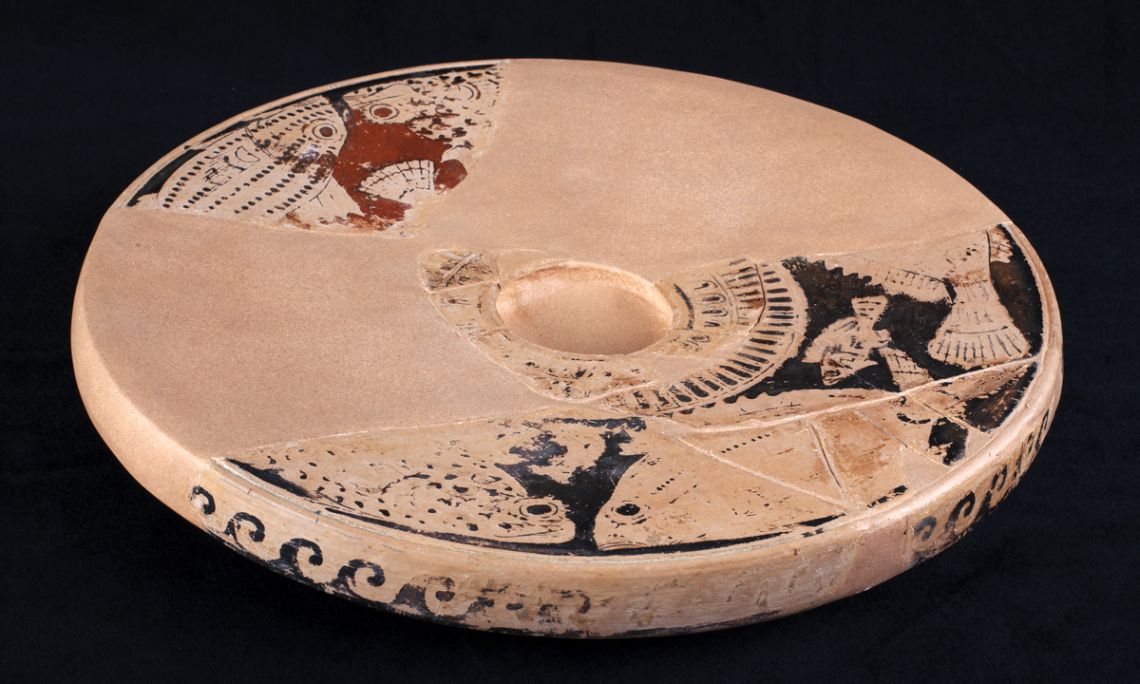 This dish was made to eat fish from. The hollow in the bottom was to collect the oil or to contain some kind of sauce. To judge from the recovered fragments of this dish, there would have been two pairs of typically Mediterranean shallow-water fish, facing each other: a scorpion fish and a mullet and a scorpion fish and a sargo, while the back featured a grouper, another unidentified fish and a scallop. The dish dates from the 4th century BC and was found in a house from the end of the 3rd century BC, which attests to the value given to this piece.