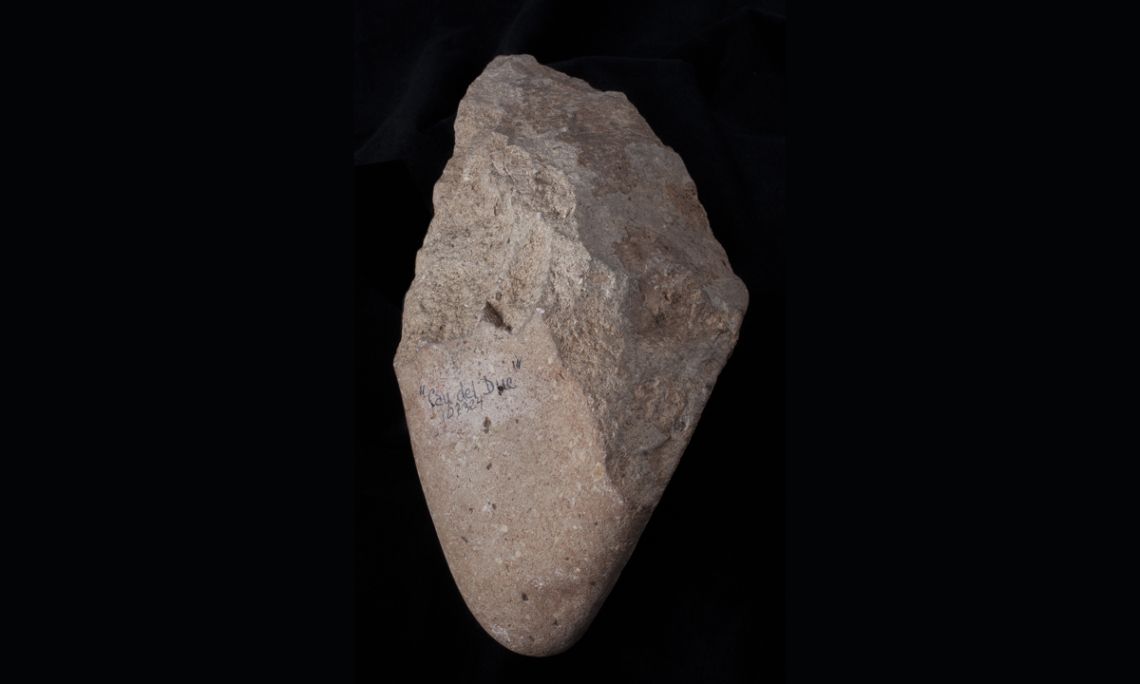 The pic del Montgrí from the Cau del Duc cave is a pointed tool cut on one side only. It is made out of a porphyry pebble knapped by percussion with another stone.

The pebbles used to make these tools came from the Ter riverbed, at a short distance from the cave. Thanaks to the widespread dissemination of the literature this cave generated during the first half of the 20th century, a number of European prehistorians used the term pic del Montgrí to describe all one-sided pointed tools.