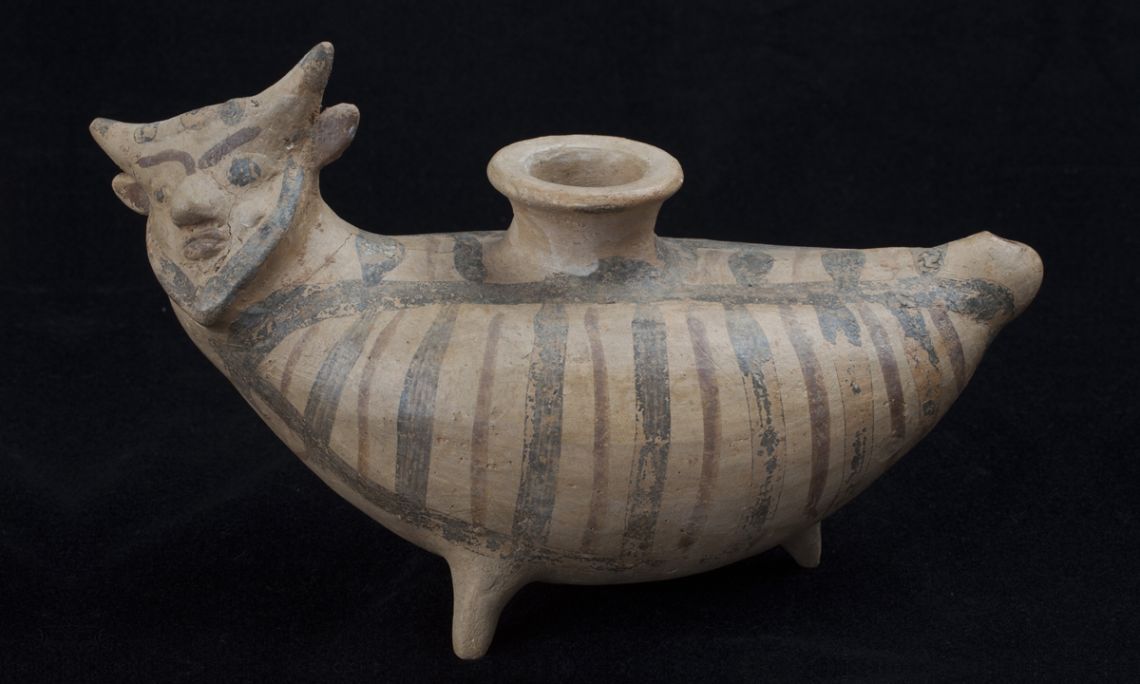 This vessel represents the god Achelous with his bull’s head and elongated body. There is an opening in the top to put the liquid in, and another in the end (the tail) to pour it out. In ancient geography, Achelous was the name of six rivers and may originally have been the term used for running waters. In Greek mythology, Achelous was a river god. He fought against Heracles and transformed into a bull and a snake during the combat. Heracles tore off one of his horns, which the nymphs consecrated and converted into the horn of plenty. This myth was told in antiquity to refer to work carried out to channel the river and clean up its banks.