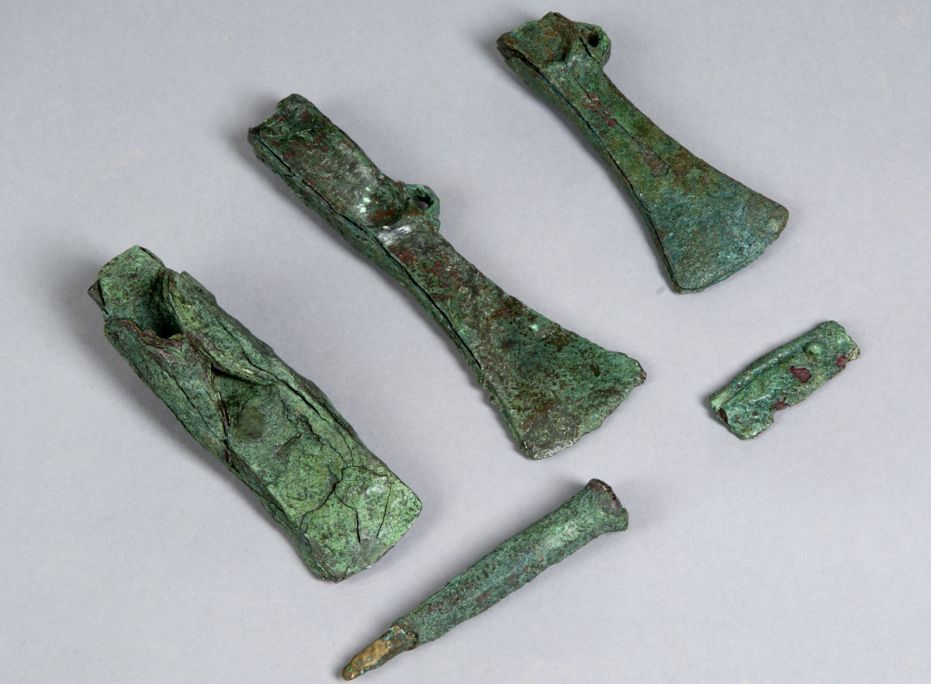 Set of Iberian bronze tools made up of three axes, a chisel and a fragment of a sickle, c. 9th century BC. Archaeology Museum of Catalonia, Empúries.

This set was found in Sant Martí d’Empúries in 1998, gathered together in one of the depressions in the calcareous rock of the subsoil and hidden by soil and rocks. The find is related to the indigenous occupation of the region during the late Bronze Age, in around the 9th century BC, making it the oldest set of tools documented to date.

The entire set was made up of seven pieces, some whole and others in fragments. They were meant to be melted down so the metal could be reused. The most important pieces are the axes, a chisel and a fragment from the back of a sickle.