The Indigets, the original inhabitants 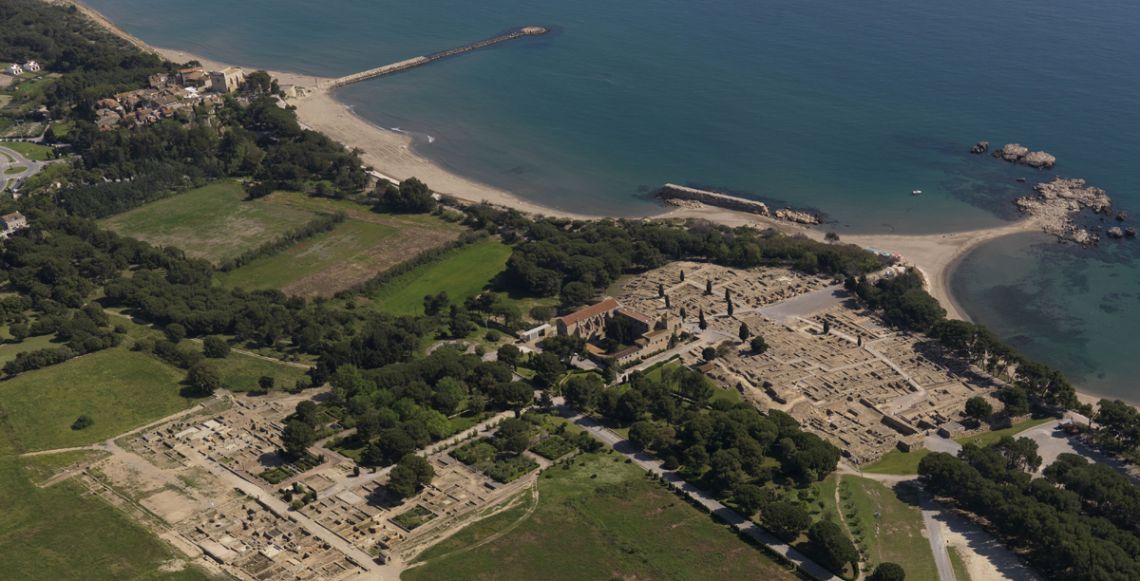 Aerial view of the Greek city of Empúries and the Palaiapolis, currently the town of Sant Martí d’Empúries.

Prior to the arrival of the Greeks and Romans, the lands of the Empordà were inhabited by indigenous peoples who had been living there since the late Bronze Age. These indigenous peoples, commonly found in prehistoric societies, based their subsistence on grain crops, as attested to by the wide variety of grain silos found in the region. The surplus harvests were the reason behind the first commercial relations with peoples in the Mediterranean, such as the Phoenicians, the Etruscans and the Greeks. The contact with these outside cultures spurred the evolution of the indigenous societies all over the Iberian Peninsula, along with the development of the Iberian culture. Even though this culture was not homogenous, it did develop common features, such as writing, its pantheon of deities and practices such as extensive farming and metallurgy.

The coastal region of Girona was inhabited by the tribe known as the Indigets of whom we are aware through the chronicles of classical authors like Pliny the Elder and Strabo. During ancient times, the town of Sant Martí d’Empúries was the site of the first Greek settlement of the Peninsula. This islet, named Palaiapolis (‘old city’), was part of the Greek nucleus of Empòrion for almost seven centuries. 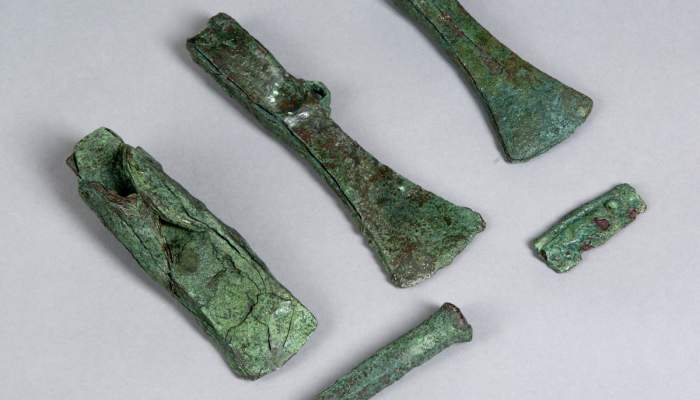 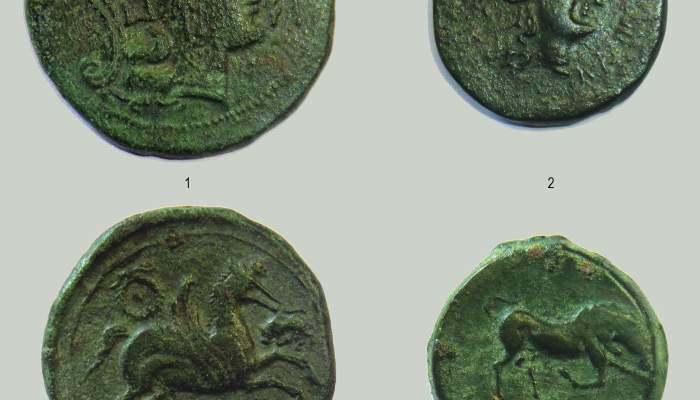 Coins from the Untikesken mint

Coins from the Untikesken mint in Empúries