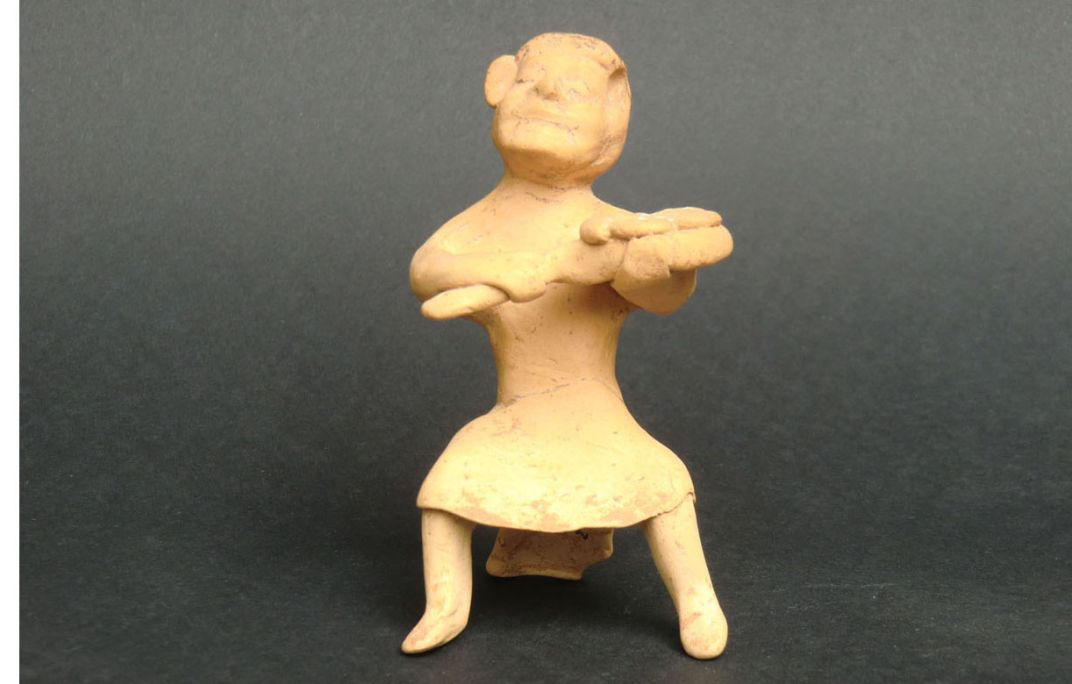 Terracotta figure from the Greek city of Empúries depicting a baker seated on a stool. Archaeology Museum of Catalonia, Empúries.

This is a terracotta figure which was found in the necropolis in the southern part of the Greek city of Empúries. It depicts a baker seated on a stool and holding the handle of a circular baker’s peel which rests on his left arm. The peel holds five round rolls and a little loaf which still show remnants of white paint. The facial features of the baker’s eyes, nose and mouth are still visible. His hair is painted black, he has lost an ear and there are remains of red paint on his feet and apron.

These kinds of figures are typical in the Greek world and they usually depict genre scenes.