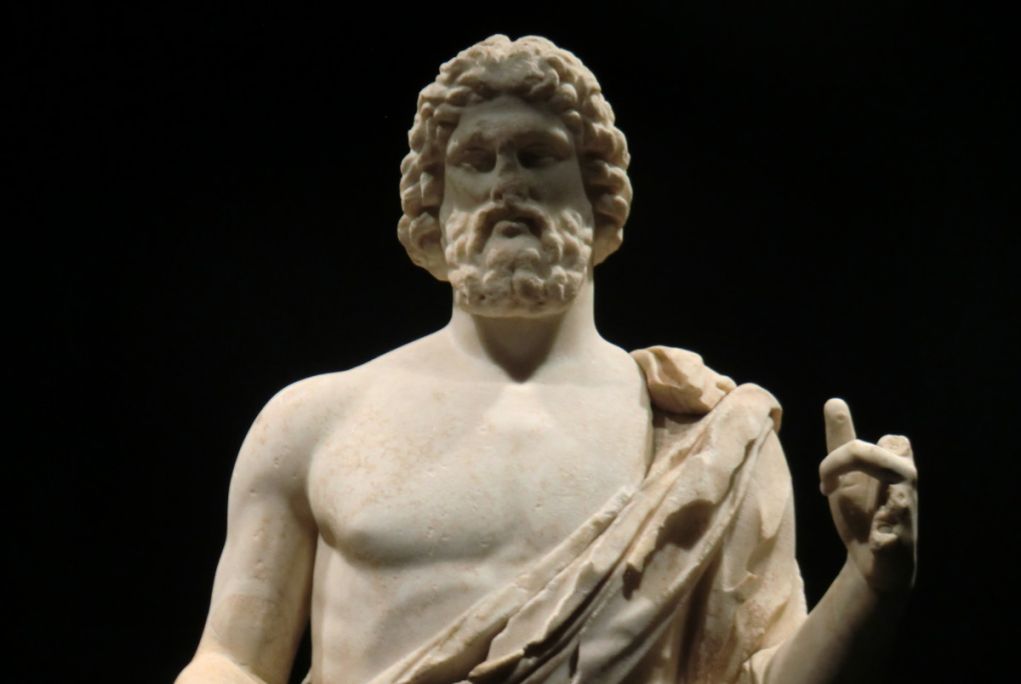 View of the museum’s themed hall exhibiting the Greek sculpture of Asclepius and the fragment of the sculpture of a serpent, 2nd century BC. Archaeology Museum of Catalonia, Empúries.

This marble statue depicts the male deity with beard and mantle, which are traditionally associated with Asclepius, the Greek god of medicine. It was sculpted in two parts which fit together on the torso. It comes from a Hellenistic studio in the eastern Mediterranean and reached Empòrion in the late 2nd century BC.

The different parts of the statue were found in Empúries in 1909 on the upper terrace of the sanctuaries located in the southern part of the Greek city. Its iconographic features, along with the fact that fragments of the depiction of a serpent were also found, have led it to be identified as the Greek god Asclepius, the Roman Aesculapius.