Image of the mines of Cercs. Photo: Mines de Cercs

Museu Mollfulleda de Mineralogia was founded in 1988 thanks to a donation from Joaquim Mollfulleda i Borrell (Arenys de Munt 1915 – Arenys de Mar 2006).

Joaquim, who trained as a chemist, managed the company Destilerías Mollfulleda, known internationally for its Calisay liqueur. Along with other mineralogy fans, he founded Grup Mineralògic Català (Catalan Mineralogy Group), which was one of the promoters of the Barcelona mineral fair Expominer. Through the museum foundation, Joaquim Mollfulleda was devoted to expanding the collection through acquisitions and, especially, donations from numerous amateur collectors. On 6 May 2006, he was named a favourite son of the town of Arenys de Mar and he died the next day at 91 years of age.

Sample of native bismuth from Villanueva de Córdoba (Córdoba, Andalusia, Spain). It’s no wonder this specimen was one of Joaquim Mollfulleda’s favourite minerals, the size of the main crystal (more than 2-cm edge) makes it a truly exceptional piece. Joaquim Mollfulleda got it in the 1980s as part of a collection with more than 900 pieces he purchased from a mining engineer in Badajoz for 1,500 pesetas.

Collecting and passion for minerals in Catalonia

Museu Mollfulleda de Mineralogia is home to an important collection of minerals amassed thanks to Joaquim Mollfulleda i Borrell’s passion for mineralogy, but also thanks to donations from many collectors who have entrusted the museum with excellent specimens. The many noteworthy Catalan collectors include Joaquim Folch i Girona, whose collection is considered one of the most important in the world.

Grup Mineralògic Català, which brings together collectors and mineral-lovers in Catalonia, has been working for years to raise awareness of mineralogy and spread their passion. Many of the members of this group have donated pieces to the museum and noteworthy among them is Jordi Pubill, who volunteered at Museu d’Arenys de Mar for years.

What is a mineral?

Where are minerals found?

Minerals are the components of rocks. These may be made up of one or several minerals. Rocks are what make up the Earth and are also found in many other bodies in the universe. There are rocks, and therefore minerals, on other planets like Mars, satellites like the moon and other heavenly bodies like asteroids. Sometimes, small rock fragments from outer space fall to Earth. These are called meteorites and are also made up of minerals.

Did you know... Jarosite [KFe3(SO4)2(OH)6] is a mineral that was first described in 1852 in Barranco del Jaroso (Almería), which is where it gets its name. In 2004, the Opportunity robotic rover detected this mineral on the surface of Mars. As jarosite is a mineral containing water (look carefully at the OH groups in its chemical formula), this was among the first empirical proof of the existence of water on the red planet.

What do we use minerals for?

Minerals have a wide range of applications that humans have taken advantage of over the course of history. In prehistoric times, we shaped minerals like flint to make instruments and hunting tools. Over time, we learnt to use metals like copper, which we later combined with tin to make bronze. The discovery of how to obtain iron from minerals like haematites was a huge technological leap forward.

Today, minerals are everywhere in our daily lives. Commonplace items like pencil lead are made from graphite and the cables for any electrical device are made of copper, which is also derived from minerals like chalcopyrite.

Minerals are also essential to chemical elements needed to manufacture modern electronic devices like mobile phones and computers. They are popularly known as the elements of the future.

Did you know... Aerinite, a lovely bluish silicate found almost exclusively in the Pyrenees, was used in the Middle Ages as a dye in the famous Romanesque paintings in Vall de Boí.

Did you know... The price of metals varies greatly and depends on many factors but, in general, some chemical elements like rare-earth elements or platinoids can be worth as much as or more than gold. 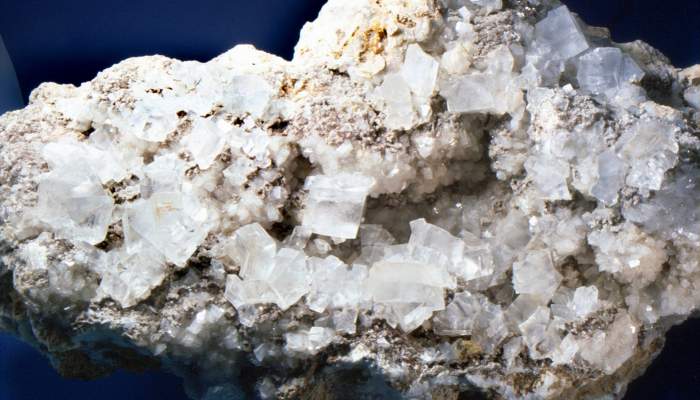 A ticket also allows entry into the Marès Lace Museum and the Mollfulleda Mineralogy Museum.

With the N-II.
With the C-32 motorway: from Girona, exit 111, and from Barcelona, exit 109
With the A-7 motorway: Sant Celoni and motorway B-511 exit heading towards Vallgorguina as far as Arenys de Mar

If you come by bus, you have to approach the Arenys de Mar stream from the mountain side.