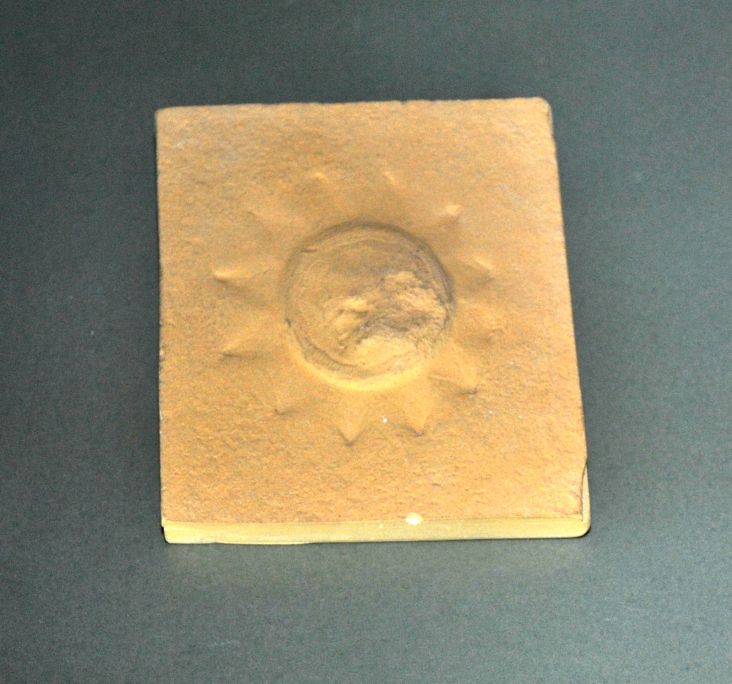 Specimen belonging to the Coelenterata group, the only representative of its order found in the country, a replica of the original. MGSB. Alcover Museum.

Standing out among the members of the coelenterate group are jellyfish, whose soft body is formed by 90% water. For this reason, they do not usually become fossilized, except in exceptional cases, such as those from Alcover-Mont-ral.

Once the animal had died, its body was buried entirely, and this initiated the fossilization process. In the old Alcover-Mont-ral basin, a quick depositing and burial of the animals post-mortem took place, without any elements to disturb their preservation (especially the invertebrates), which has made these specimens unmatched in terms of the knowledge they give of the fauna, essentially marine fauna, from the late Triassic period.