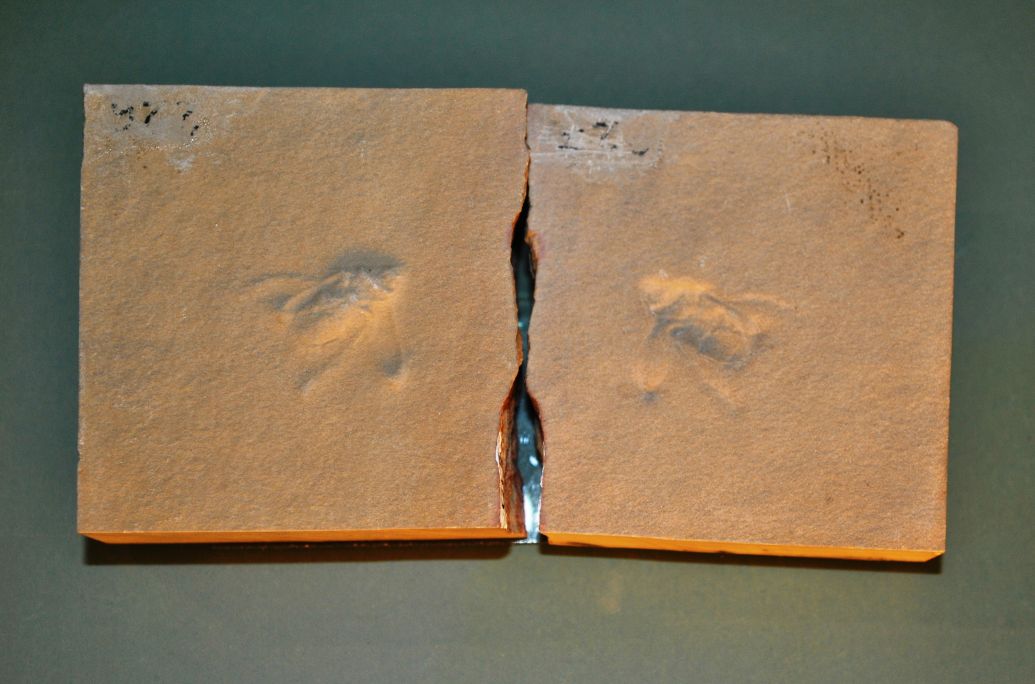 A specimen belonging to the arthropod group, third in importance of those represented on our site, a replica of the original. MGSB (Geological Museum of the Seminary of Barcelona).

Among the arthropods, insects are the most numerous group of animals, to such an extent that we do not know the exact number of species that exist today. In a fossil record, few parts of an insect can ever fossilize, due to their fragility. For this reason, good collections of fossils of insects are rare. In Catalonia, Alcover-Mont-ral displays the oldest insect fossil specimens.

Any remains of a living creature taken by the current towards the bottom of the lagoon could have been fossilized, even if it didn’t live in an aquatic environment, such as this insect or the remains of a conifer, also on display.