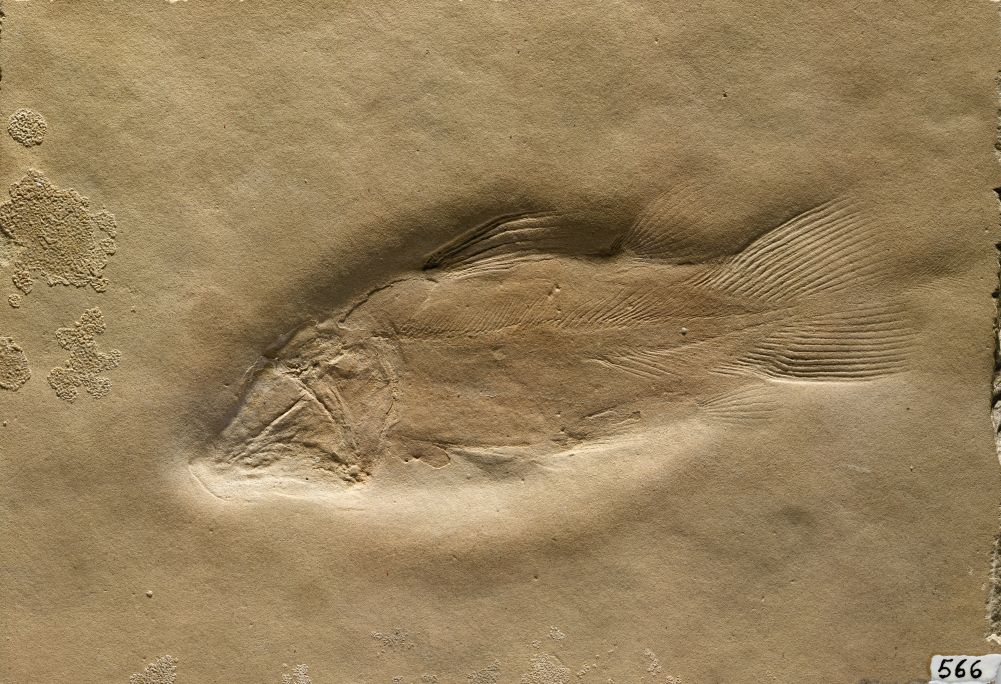 Alcoveria brevis, a holotype used to designate a new species discovered at our site. Alcover Museum.

Some of the fossils found at the site are unique specimens, and studying them has provided new species and genera, which in many cases have been named after the researchers, the village, the region or the country: Alcoveria brevis, Tarracolimulus rieki, etc.

The group which it belongs to is the Alcoveria brevis, the coelacanths, which were considered to have become extinct 80 million years ago. However, at the beginning of the 20th century, a small fishing boat near the Comoro Islands discovered an unknown species among its nets, which, once studied, was determined to belong to the group of coelacanths.