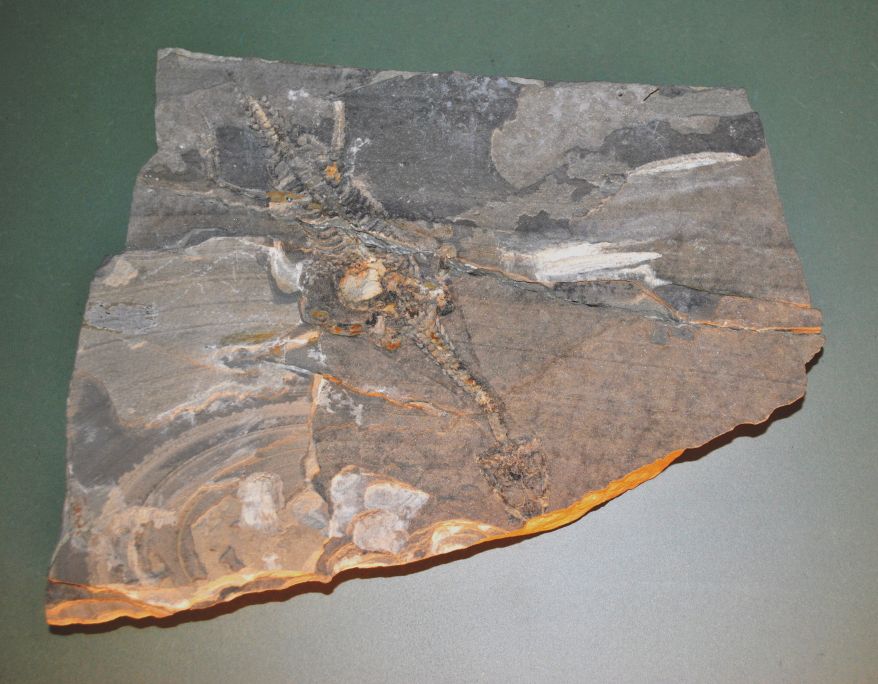 The reptiles originated during the late Carboniferous period; some became extinct and others continued to evolve until today. Replica. MGSB.

The importance of the collection of reptile fossils at Alcover-Mont-ral is owing to the fact that they represent the beginnings of the expansion of the saurus.

There are several subclasses of reptiles, among which we highlight the euryapsids, which originated in the late Permian period and became extinct in the Cretaceous period. These are aquatic, mostly marine, reptile amphibians, which present modifications in the extremities in their swimming fins and lengthening of the neck. In Alcover-Mont-ral we display the Nothosaurus and Lariosaurus.

The Cosesaurus aviceps we see in this same showcase, is the reptile fossil of Alcover-Mont-ral that has raised the most controversy with regard to its interpretation.