Humerus of a rhinoceros 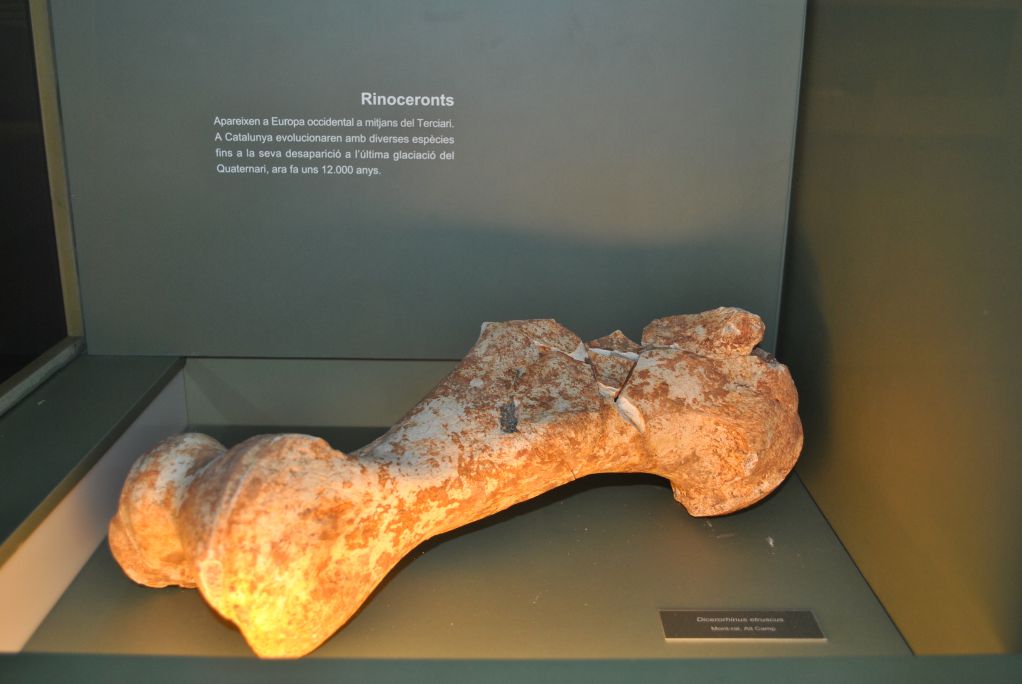 Humerus of a rhino, found at the site of the crack, inside the Lucas quarry, in Alcover-Mont-ral.

Rhinos appeared in Western Europe in the middle Tertiary Period. In Catalonia, they evolved into different species until they disappeared with the coming of the last ice age of the Quaternary Period, about 12,000 years ago.

According to Fernando de Lucas, owner of the Lloera quarry of (the Alcover-Mont-ral site), he remembers these pleistocene bones were discovered in a large linear aperture (a crack). It was an open fracture in the rock which was full of sediments containing the fossils of large vertebrates, such as deer, rhinos, etc.