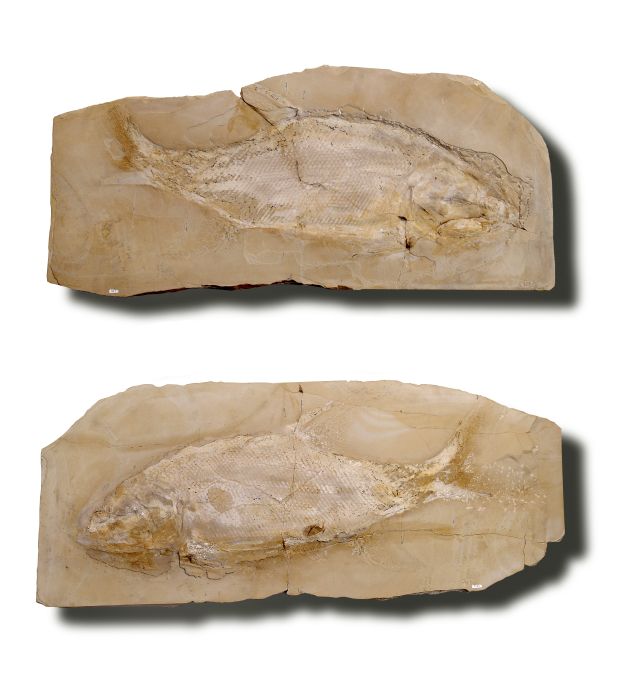 The calmness of the waters, which allowed the horizontal deposition of layers of sediments, also enabled the deposition at the bottom of the sea of animals which didn’t change at all after they died, which is why we tend to find entire and complete fossils nowadays. The deepest waters lack oxygen and have a very high level of salinity, which impeded the decomposition of the animals that ended up being deposited there.

This spectacular fossil, as well as another one of the same species which are on display in the lobby, are donations from the owner of quarries, Josep Maria Magrané Ollé.