The traditional imagery of Manresa 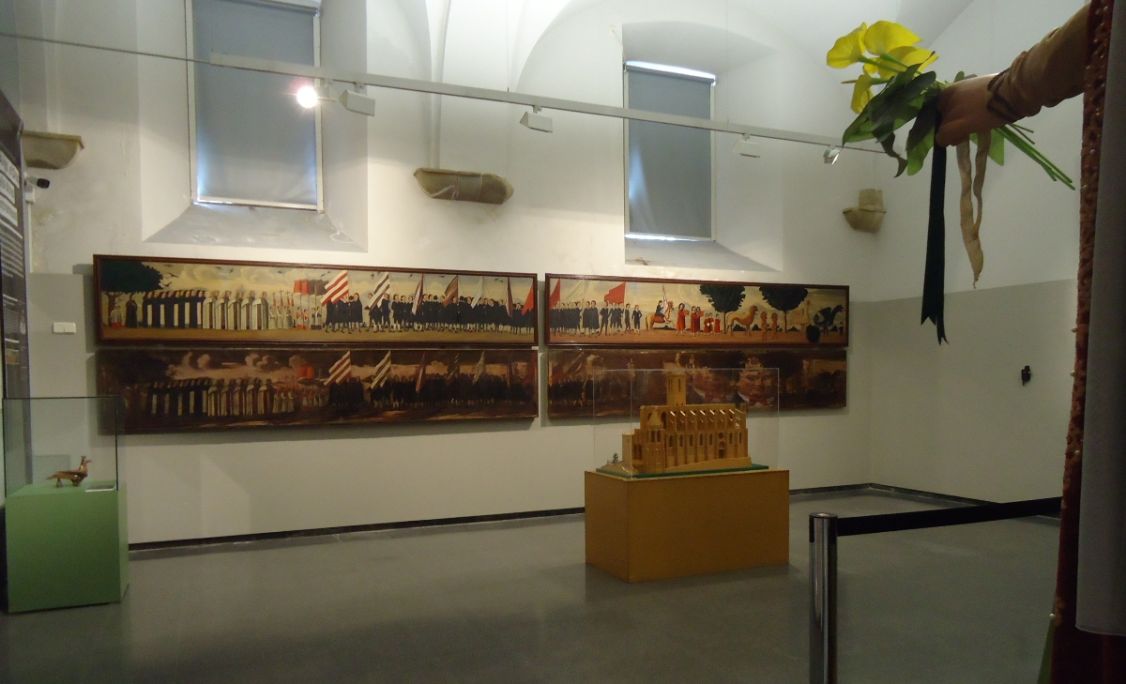 The eagle, the dragon, the lion and Moorish-style capgrossos (or big-heads) are the figures that led the processions in Manresa in the 17th century. Later on, nans (dwarf figures) and cavallets (little horse figures) appeared, and the gegants (giants) gained in importance, becoming the typical elements in cities’ imagery.

This painting from the early 17th century which depicts the procession of the transfer of the “holy bodies” to Manresa shows all of these features, from the figures from the bestiary to the order of the guilds and the religious groups and the municipal government in the retinue. This hall displays the pair of Gegants Vells (Old Giants) and three pairs from the group of nans (dwarf figures). Modern and more light-weight replicas of these figures have been made, which are the ones that currently participate in the town’s festivities. 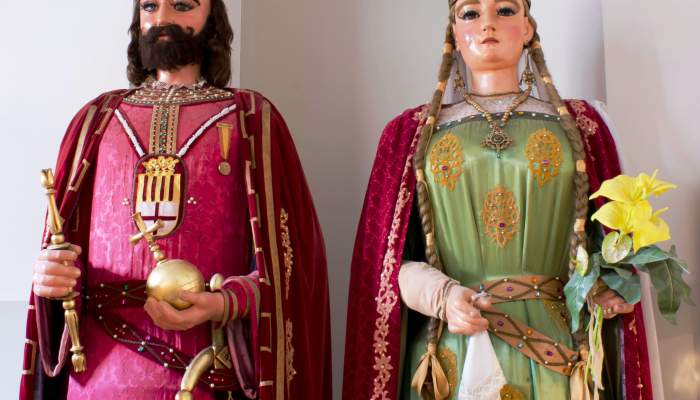