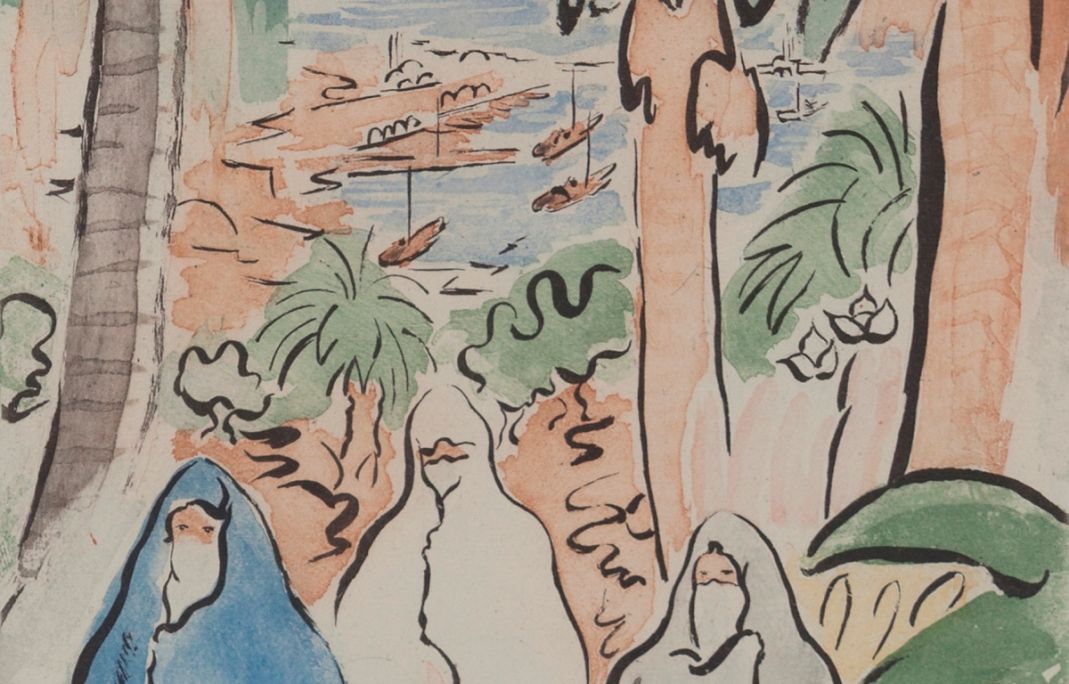 Alfred Figueras (Sant Fruitós de Bages, 1898-Barcelona, 1980) moved to Barcelona with his family at a very young age. He got his artistic training in a Noucentiste environment. However, his political leanings led him into exile during the Primo de Ribera dictatorship. In Alger, he founded an art school and made numerous friends. As a result, in 1948 he unveiled the engravings entitled Images of Alger. With this series of 19 prints made based on the texts of André Gide, he described a route to Alger and drew the scenes of that city that he knew so well. One watercolour completed the portfolio of engravings.