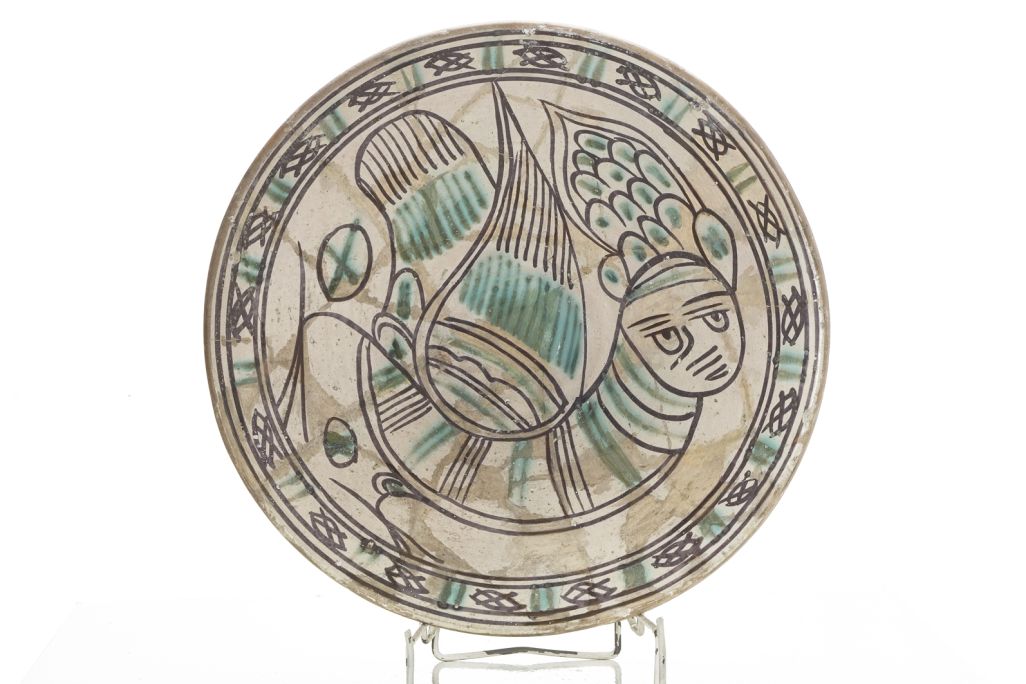 When the Carme church was torn down during the Civil War, it revealed a large number of pieces made of a peculiar kind of ceramic. It was the first major cache of this kind of ceramic found, which was decorated with green and manganese on a white background and dated from the first third of the 14th century.

In these pieces, the decorative elements with Arab roots are combined with Gothic imagery. One example is this serving dish depicting a harpy, a fantastical being, a mermaid of the air, half-woman and half-bird, which is described in medieval bestiaries.