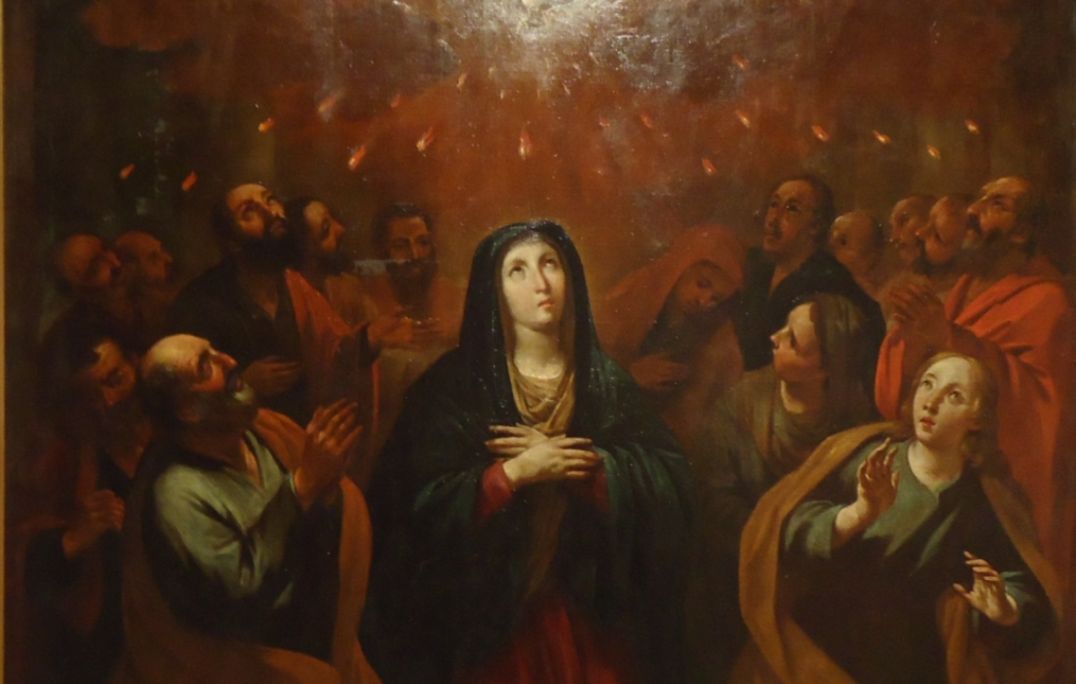 Works depicting religious themes make up the bulk of the oeuvre of Antoni Viladomat i Manalt (Barcelona, 1678-1755), a phenomenon which is easy to understand given the social context and the source of the commissions he must have received.

Often inspired by the engravings that were circulating during his era, his paintings, which depict a variety of human figures in the same scene, tended to be resolved with sober, realistic constructions, despite the context or the “supernatural” idea that they sought to express. One example is this work depicting the Holy Spirit coming to the group of Apostles gathered around the Virgin Mary.