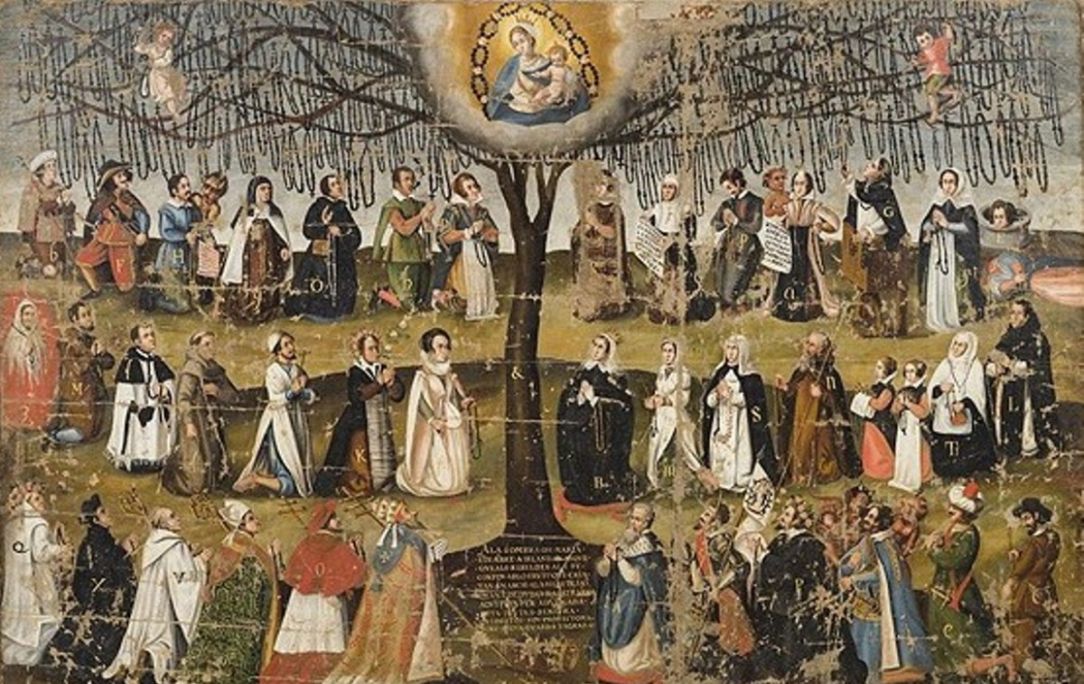 In the 16th century, devotion to the rosary was experiencing a resurgence. After the victory of Lepanto and the rise of the Dominican order, it came to play an important role in Catholic worship.

This large painting outlines the benefits that come from saying a rosary while it also expresses that fact that this practice has spread far and wide. It must have been painted in the mid-17th century for the Dominican convent in Manresa. It was probably moved to the choir of the church in the early 19th century, and finally, after the Civil War from 1936-1939, it came to be conserved in the museum.