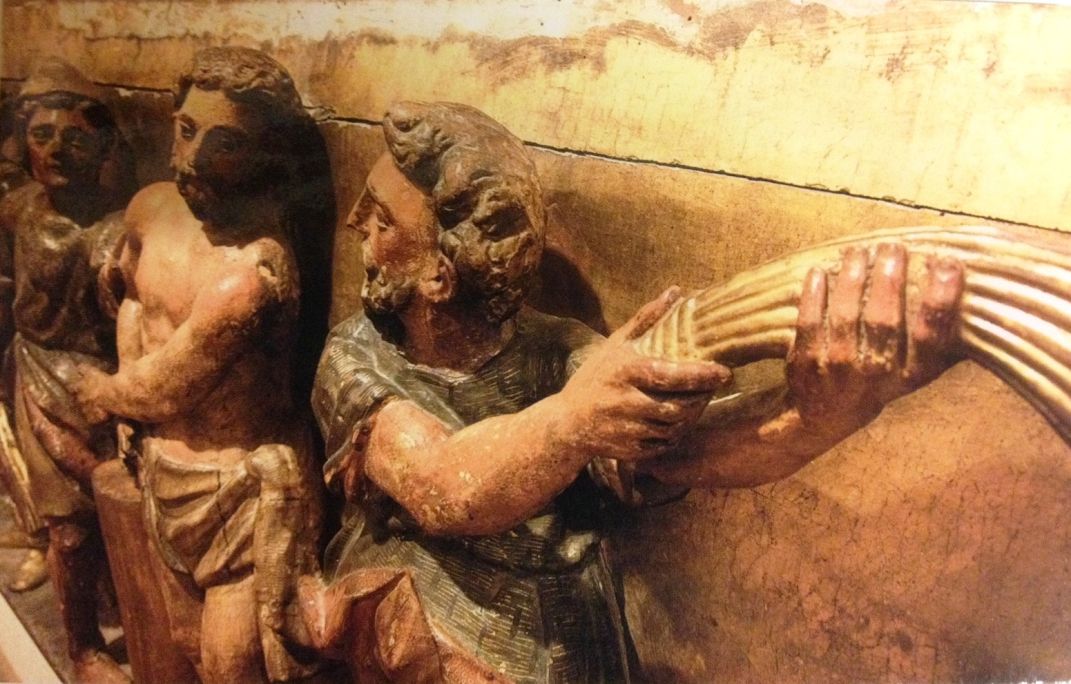 Flagellation of Christ, Pere Fernández, 1620, main altarpiece at the Carme church in Manresa.

At the dawn of the 17th century, the process of decorating churches and the establishment of new religious orders meant that major new sculpture studios were established in Manresa. These studios were active over more than two centuries.

Work on the altarpiece for the main altar in the Carme church, one of the largest works built, started in around 1620. The panels of the predella made by Pere Fernández date from this early period. This sculptor from Castile moved to Catalonia and spent his entire career in the regions of El Bages, Berguedà and Solsonès.