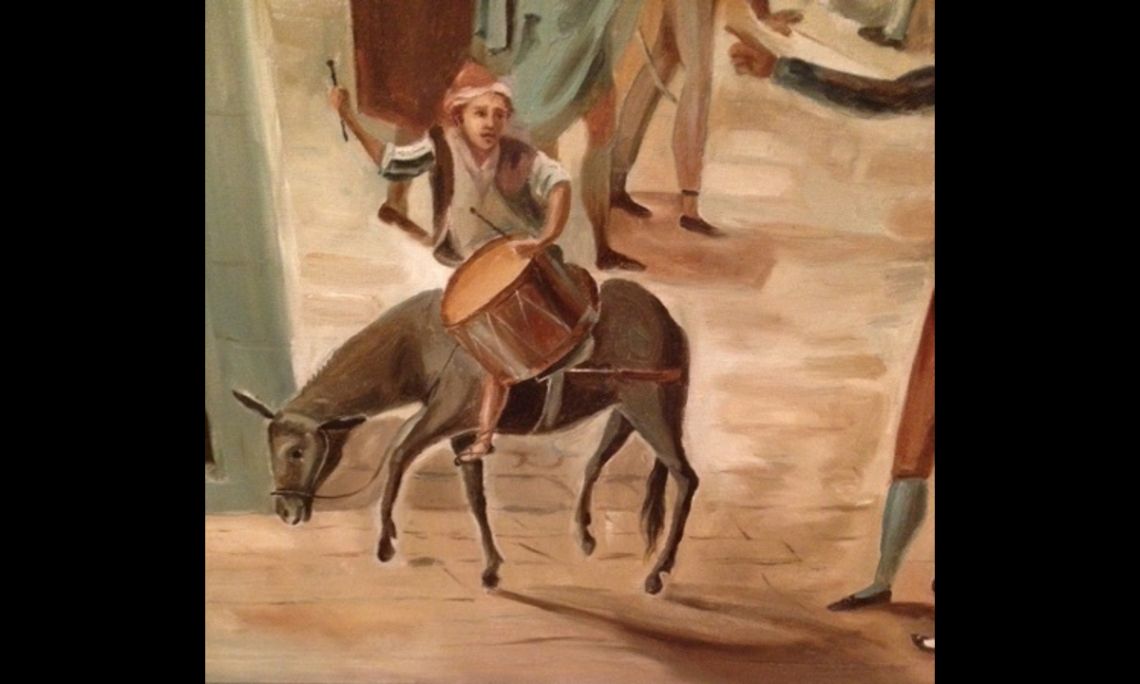 This belongs to the series of scenes depicting the battles of Bruc in June 1808, and copy of the murals from 1811 was found in the Les Farreres manor home in Rellinars del Vallès.

Manresa started the uprising against the Napoleonic invader in Catalonia with the burning of the sealed paper on the 2nd of June 1808. The French sent troops, and the local civilian militias in the centre of Catalonia stopped them at Bruc hill in two battles, on the 6th and 14th of June. In around 1810, the French dominated the situation, but they never permanently occupied El Bages.