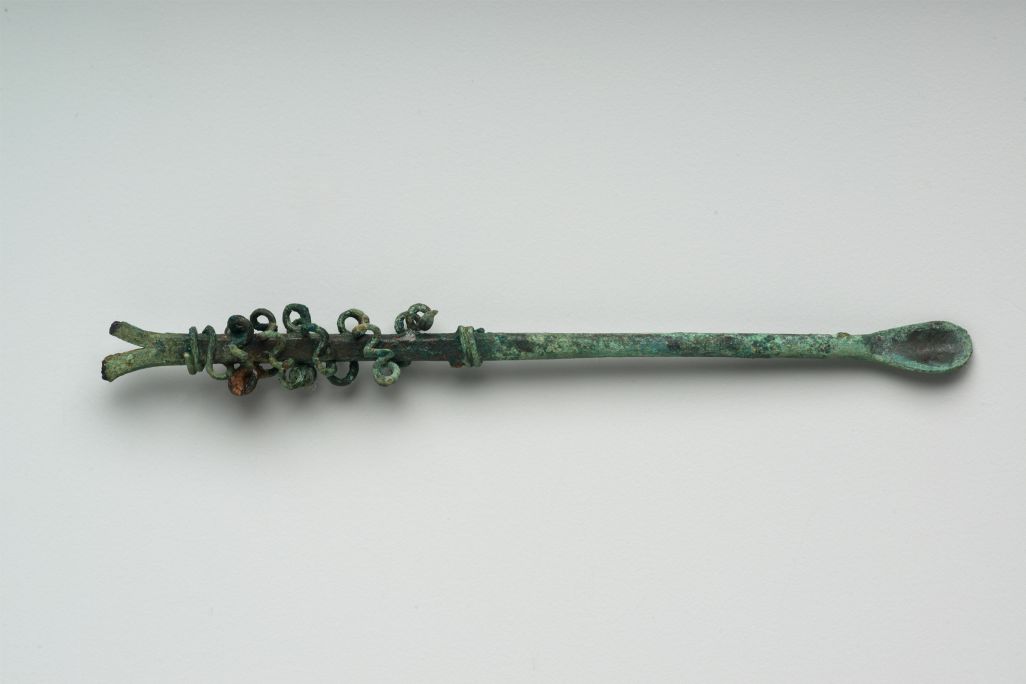 Instrument used to clean teeth, whose design originated in the dentiscalpium of the Roman age. Such pieces are not widely known, and they do not often appear in the archaeology of the medieval period. Similar items that have been found have come from other places where Jews lived in the Middle Ages: one from Briviescas in the province of Burgos, one from Sabugal in Portugal, and two from València. This one in Tàrrega comes from a spot that must have been used as a dump during the anti-Jewish commotions of 1348.