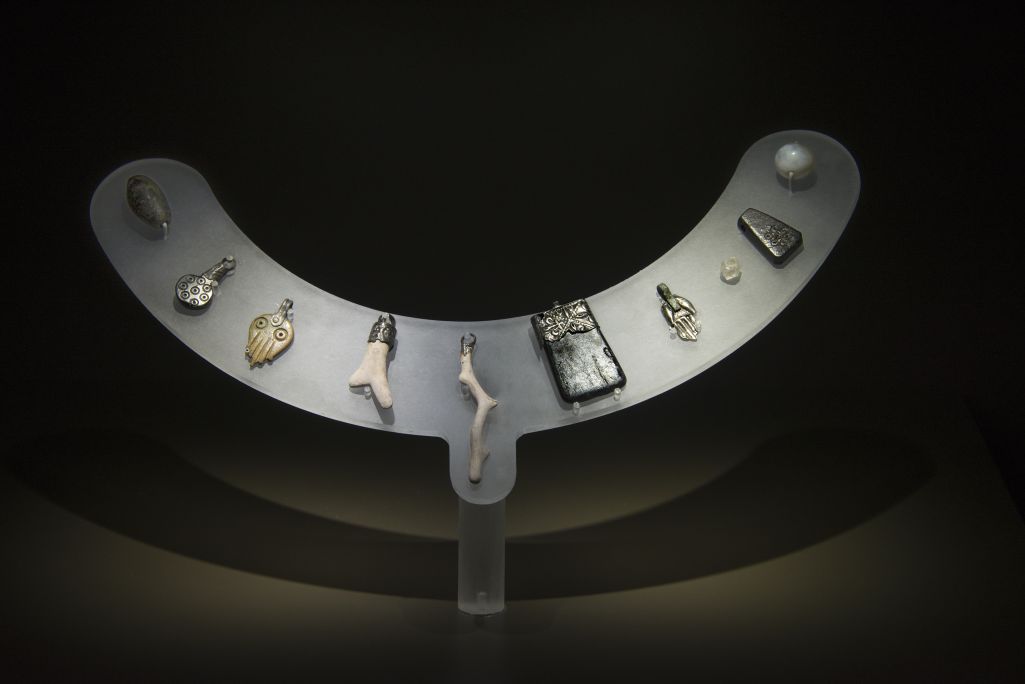 From how it is made, its form, and its resemblance to other such items recovered from Christian, Muslim and Jewish necropolises, we may conclude that the beads would have been considered by whoever wore them to be charms against all manner of harm.

This necklace was found near a three year old boy buried in one of the mass graves in the medieval Jewish cemetery of Tàrrega, who was, most likely, a victim of the massacre of the Jews in 1348.