The Iberians at the Urgell 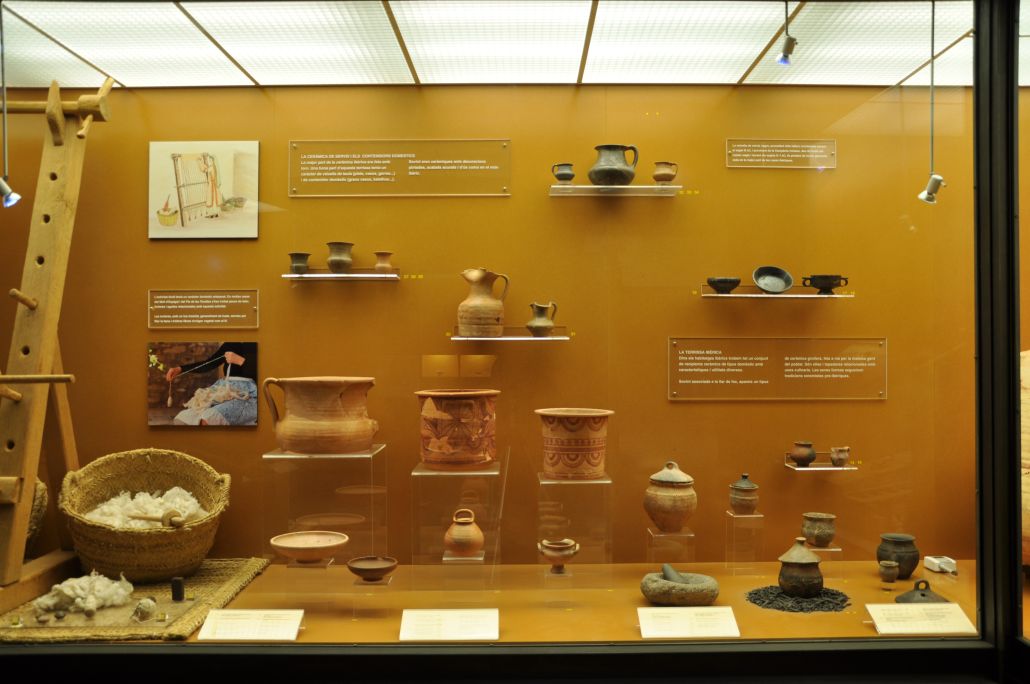 Ceramic serving dishes and other receptacles.

Archaeological excavations at the Iberian settlement of Molí d’Espígol, near Tornabous, revealed it was a real town protected by high walls, towers and moats, with an urban layout based on regular, wide streets, in which there were substantial buildings. The town must have played a pivotal role in the political and economic organization of an extensive hinterland. Materials unearthed here and from other such settlements – iron tools, stone sinks, spindles for spinning thread from wool, weights from weaving looms, bones of animals – have given us a better understanding of many aspects of the life and practices of the Iberians. The imported ceramic receptacles and amphoras show the Iberians must have had trading contacts with Greeks and Carthaginians. There are also on display materials related to the social and religious life of the Iberians, such as games, clothing, and ritual objects.

Iberian culture was gradually replaced by Roman civilization. One such site where the transition from the Iberian period to the Roman is apparent is at the field of silos, or underground grain stores, at Missatges de Claravalls. Pieces found there help to illustrate Iberian history as it unfolded up to the time when the Urgell was comprehensively Romanised.

The vertebrae of the exhibition is composed of these vestiges from this and the other archaeological digs at Molí d’Espígol in Tornabous, and at Pla de les Tenalles de la Mora and Tossal del Mor in Tàrrega. As for signs of even earlier human settlements in the area, we would particularly mention the necropolis of Almenara, with its burial mounds from the Early Iron Age. 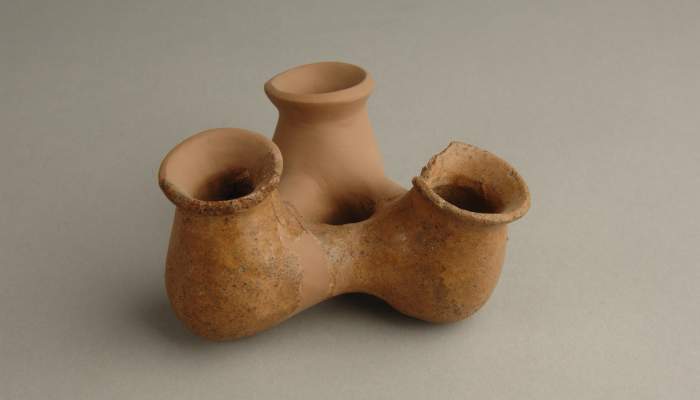 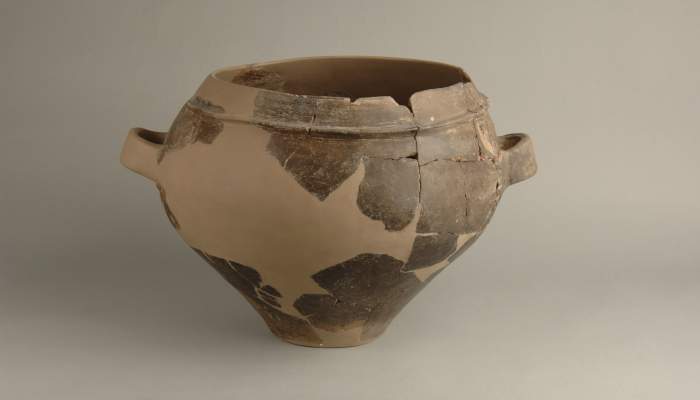 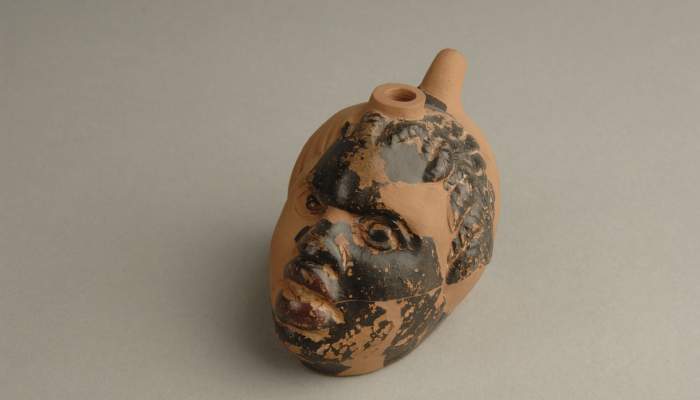 Askos in black varnish shaped as a Nubian head