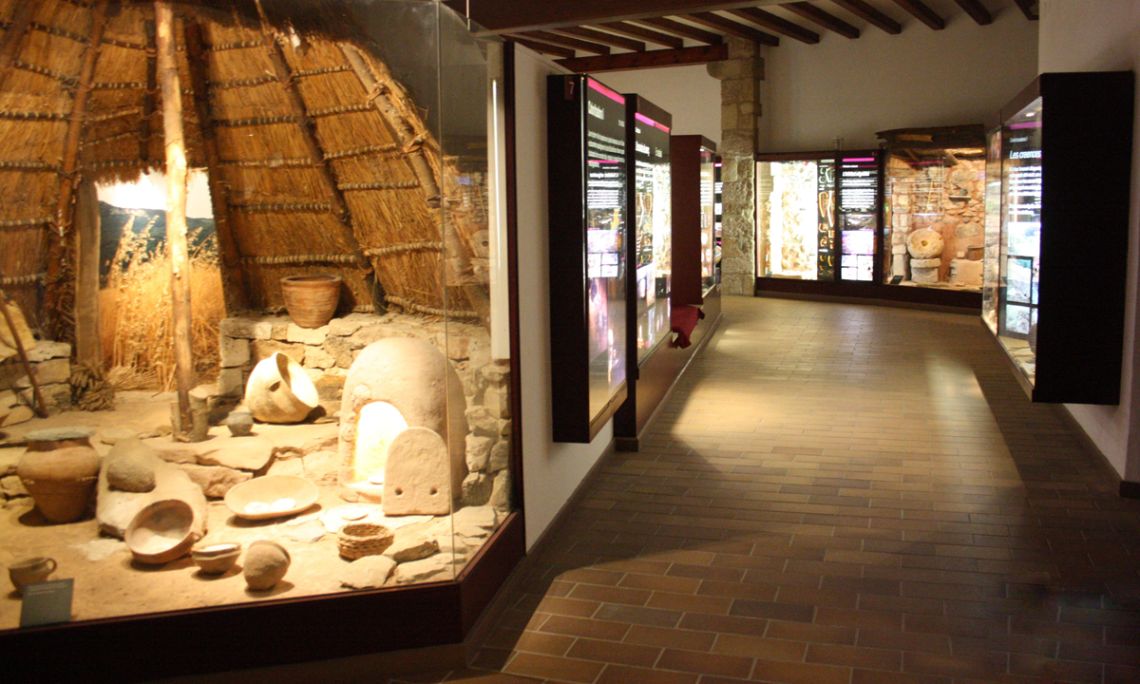 The first of the museum’s areas takes us on a journey through time from the first human vestiges in La Conca de Barberà to the Roman Empire.

The earliest evidence of human occupation found so far in La Conca is in the River Francolí valley and dates to the Early and Middle Palaeolithic. Of particular interest from the prehistoric period are the archaeological sites of La Font Voltada in Montbrió de la Marca and especially the cave paintings of the Prades Mountains, catalogued as World Heritage since 1998.

The Milmanda cremation burial site (Vimbodí i Poblet) shows the area was populated during the Iron Age. The Iberian settlement of Pla de Santa Bàrbara in Montblanc reveals some of the day-to-day aspects of the area’s first historical culture.

Finally, several villas and farming settlements were established here under the political and economic influence of Tarraco, capital of the Roman province of Tarraconense. Other activities in the county included mineral mining and pottery. 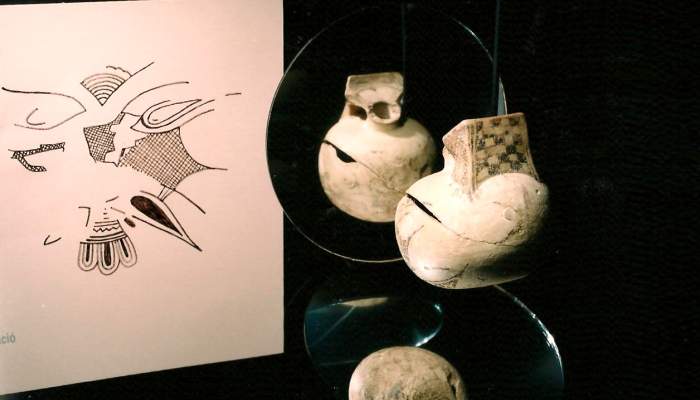 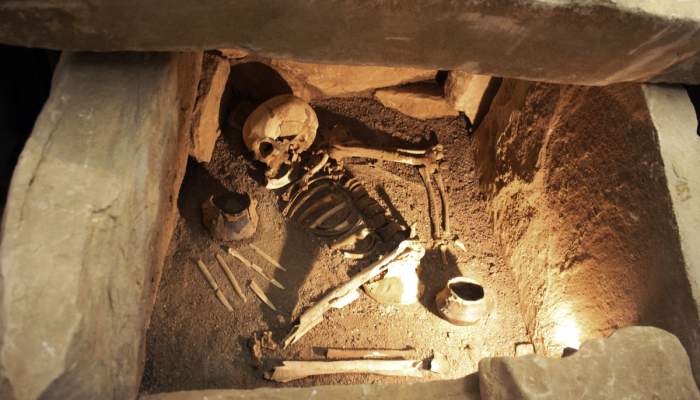