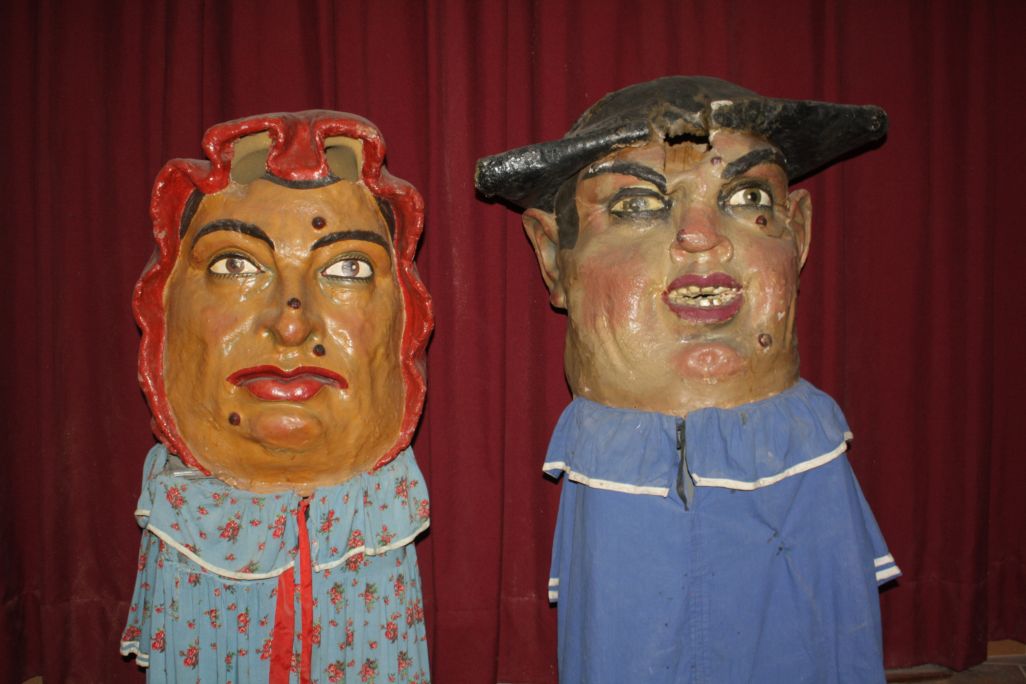 La Conca’s culture is reflected in its popular festivals, including such folklore elements as the Montblanc nanos (midgets). Probably dating to the same time as the Montblanc giants (1864), they are a group of twelve figures, half of them women wearing different coloured bonnets and the other half men with wigs and tricorn hats. In 1981 replicas were made and one of the original couples was put on display in the museum.