The decorated stones of Passanant 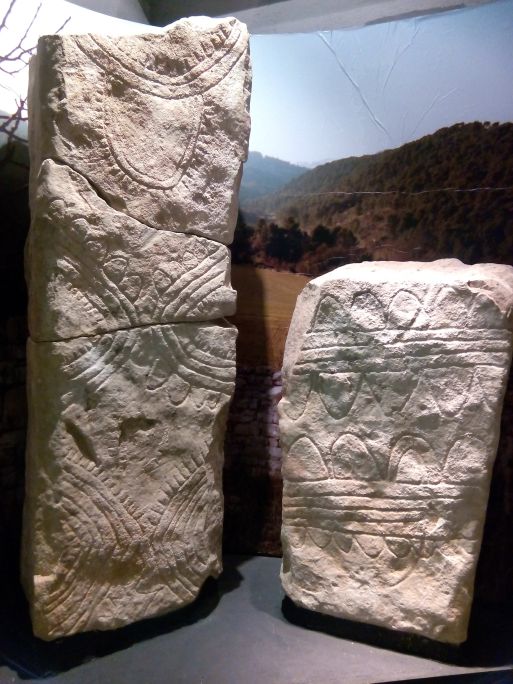 This megalithic monument depicts what might be an idol and is an example of the menhir steles from the late Neolithic. Conca de Barberà County Museum.

This megalithic monument, otherwise known as the stele of Passanant, was discovered by Enric Moreu-Rey in 1965 between the municipal districts of Passanant and Vallfogona de Riucorb. Three blocks have been preserved of engraved limestone. One of the blocks features four lines of semicircles and two horizontal lines. The other two denote a certain unity and are decorated with semicircles with radial incisions and a figure that may be an idol. There are several rows of semicircles visible on the smallest of the stones. They date back to the end of the Neolithic or Chalcolithic.