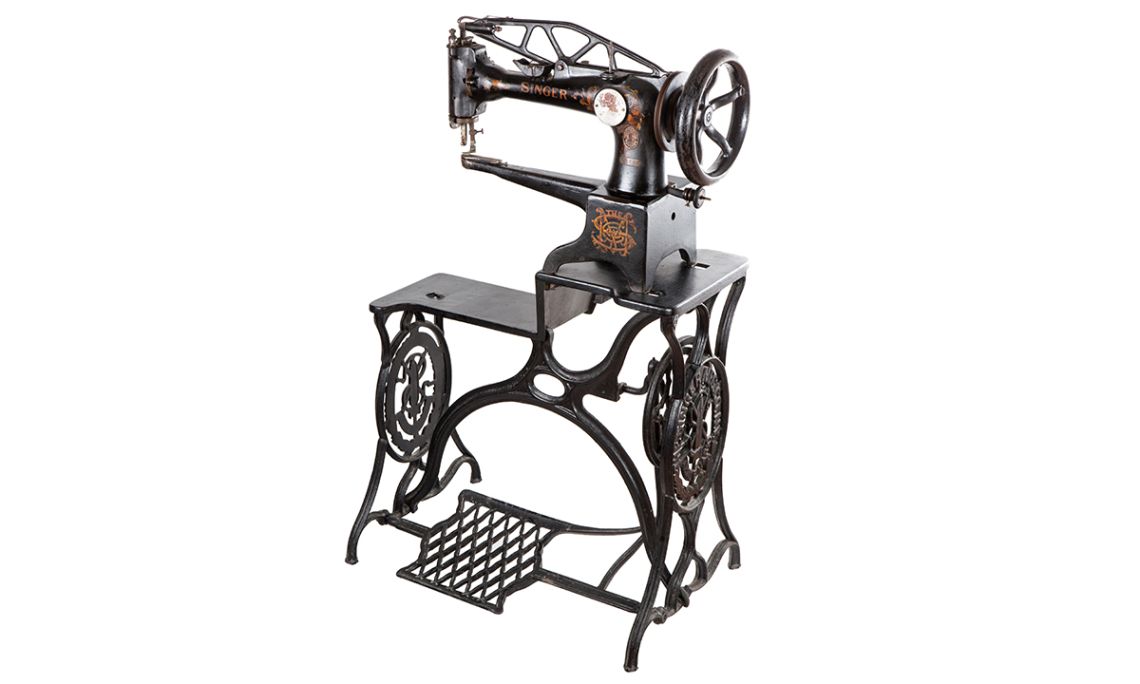 Sewing machine for leather made in Great Britain by the Singer company. Museum and Municipal Archive of Calella.

A sewing machine for leather which still has its base and which was used to make shoes. Made in the 20th century, this black Singer machine was decorated with a gilt floral design. The North-American Singer company began making sewing machines in 1851, and they soon became very popular. The needle in these machines moved up and down and not from left to right like those of their competitors, which made them more efficient. They were also powered by a pedal, rather than by a handle.