Scales from the Barri pharmacy 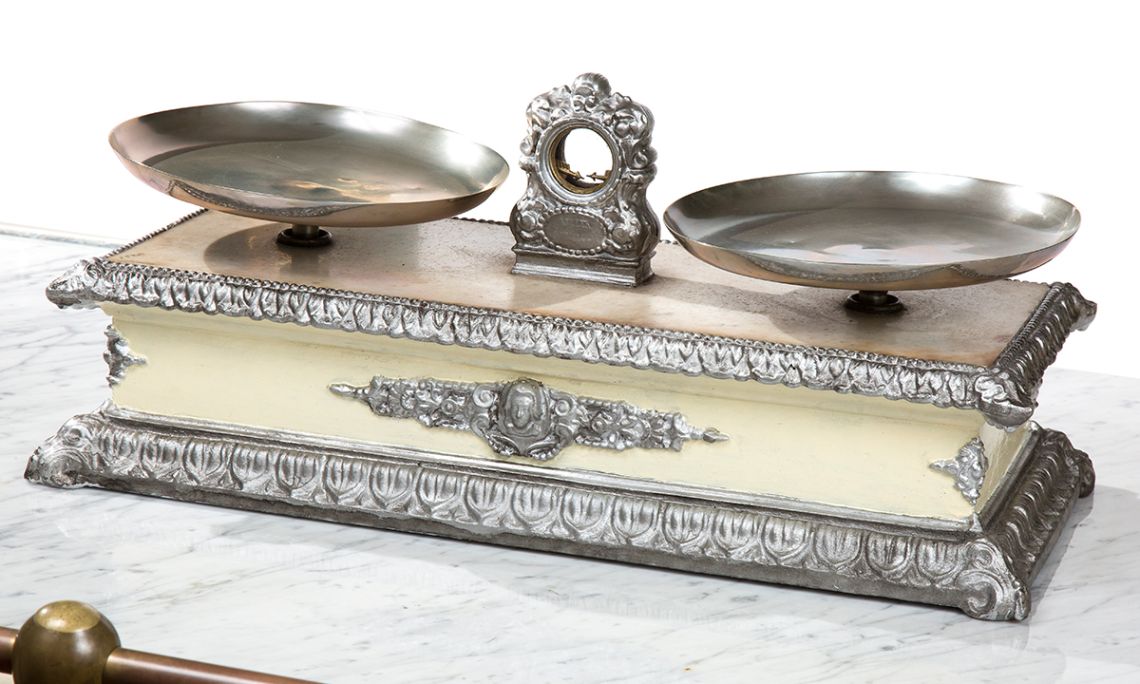 Marble scales from the early 20th century, used in the Barri pharmacy

The Barri pharmacy, dating from the early 20th century and run by Lluís Barri i Caballé, has been fully recreated in the museum. These marble and metal scales are among the items that were used by the pharmacist. The brand name is still visible: Vellar Barcelona. The model is based on the Béranger design, a type of scales that reduced the friction of the plates. These scales would be later replaced by automatic ones, while those used today have electronic components.