The altarpiece of El Roser 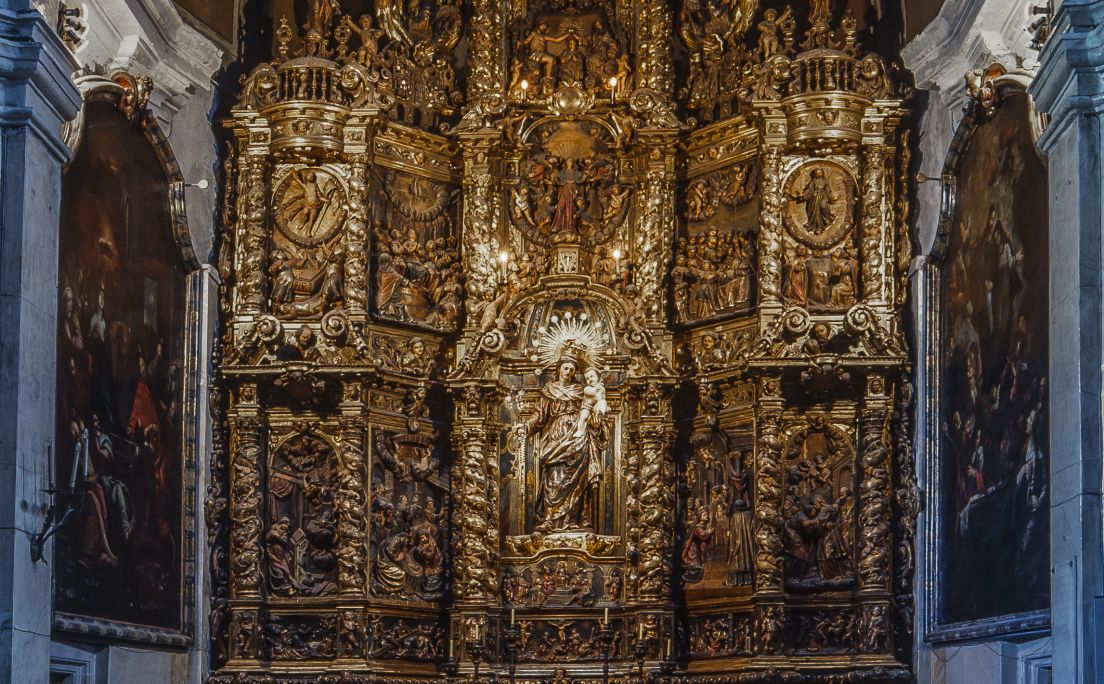 Photo of the altarpiece of El Roser. Author: Ramon Manent.

The El Roser Brotherhood was founded in the 16th century and was established in a side chapel of the Gothic building. When this place of worship was enlarged, it was moved to the chapel located in the new transept, in the apse on the Evangelist's side.

In order to construct the new space, it was agreed to create a grandiose and high-quality altarpiece, built by Mataró sculptor Antoni Riera in 1690 in partnership with Occitan Lluís Bonifaç. Marià Riera, son of the former, worked there, as well as other artisans such as carpenter Antoni Mascort and gilder Joan Urgellès, who completed the work in 1711.

The altarpiece is a monumental work, from the early Baroque, Solomonic, period. Highly exuberant, with a profusion of angels, roses, grapes, vine leaves, birds..., witness to the great economic and social power of Mataró at the time.

In addition to Our Lady and other saints, all the mysteries of the Rosary are represented, with the Sorrowful, Joyful and Glorious ones positioned from top to bottom. Four figures of Atlanteans representing the four corners of the Earth support the sculptural ensemble on the plinth.

The wealth, beauty and harmony of this altarpiece of El Roser and the fact that it is one of the few examples of Baroque sculpture saved from the destruction of 1936 make it particularly important in the history of Catalan art.