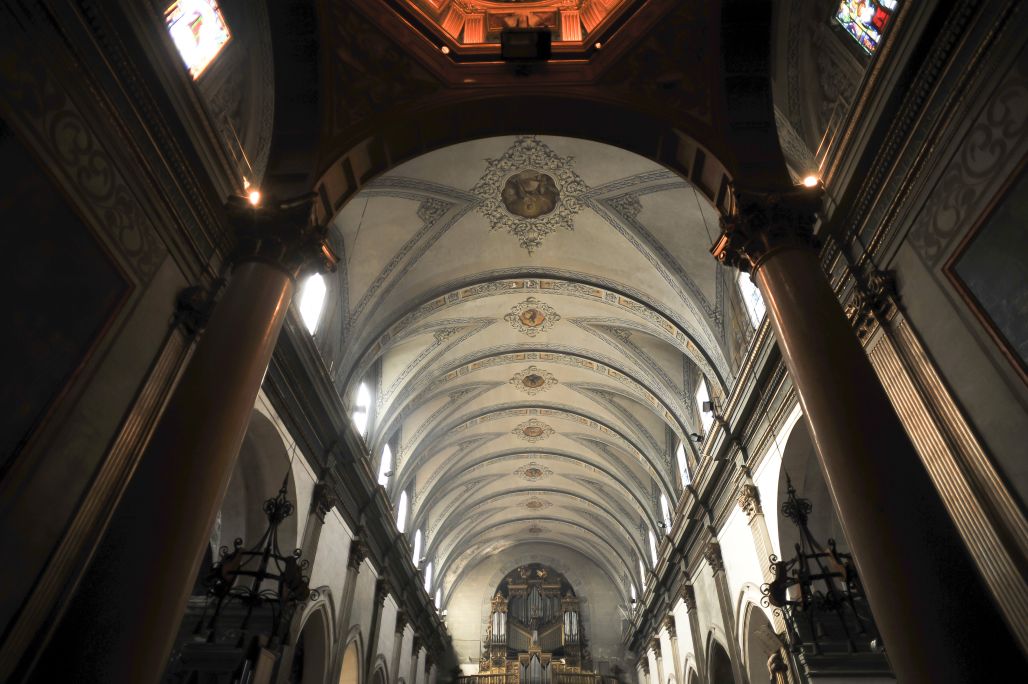 The Basilica of Santa Maria de Mataró dates back more than a thousand years. Although the first documentary references date back to 1008 and 1054, from the archaeological evidence we can assume that it was first a Paleo-Christian place of worship, probably built upon the ancient Roman temple in Iluro.

The building of Santa Maria was enlarged over the centuries to meet the demands of the town’s growth. Until the 15th century, there was a Romanesque church, which was demolished to make way for a new Gothic church with three naves and a bell tower. Its current appearance, however, is fully Baroque. In 1675, work began to build a transept with domes and a single central nave, in accordance with the project drawn up by Milanese architect Ercule Turelli. This took almost a century to complete.

The size of the nave is impressive. It is 65.5 metres long and 15.5 metres in wide, while the transept measures 52.5 metres long. The current decoration of the vaults is much later, dating back to 1926; it was executed by Vilaró i Valls from Barcelona, following the design by Josep Pagès.

Santa Maria is one of the most important Baroque buildings in Catalonia, listed as a Cultural Heritage Site of National Importance.