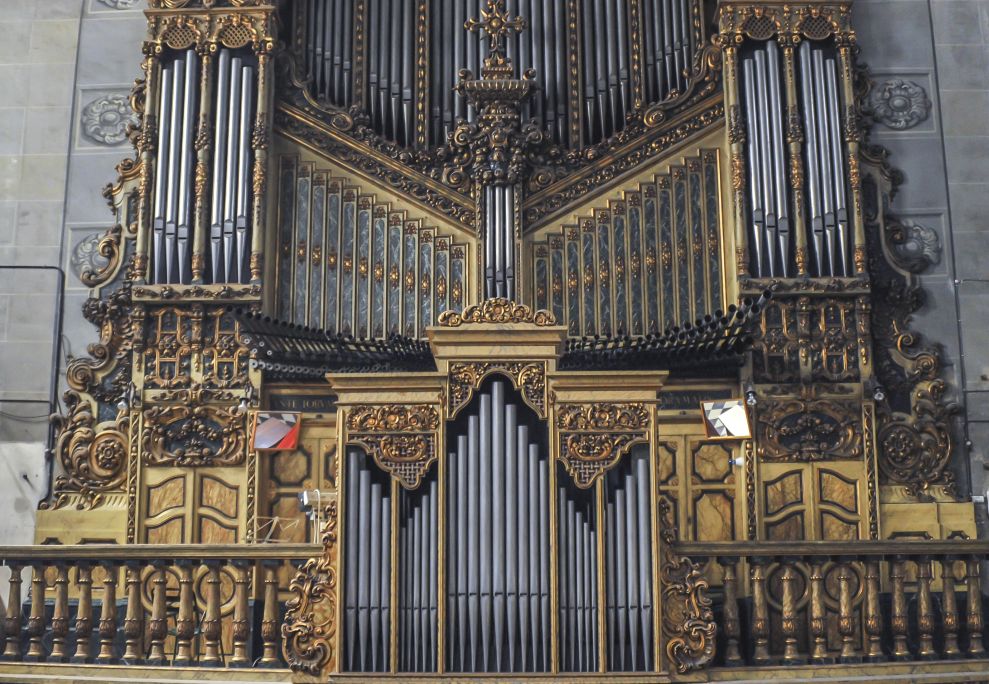 On 24 July 1927 an organ with a romantic aesthetic was played for the first time in the choir area, completely blocking out the light from the central rose window of the façade. Built by Gaietà Estadella and described as “monumental” by his contemporaries, it was the largest in Catalonia at the time.

It has four manual keyboards, each with sixty-one notes, and a thirty-note pedal. The forty-two registers and the numerous free combinations of registers give it its great richness of timbre.

The system designed by Estadella, known as “mechanical-pneumatic-tubular”, gauged the air pressure but delayed the reaction of the sound. The keyboard was separate from the organ. The organist played in front of the main altar. The instrument had 3,201 pipes.

It was refurbished in 1974 by the organists Georges Lhote and Gabriel Blancafort, who added a front body (the chair) and the battle trumpet pipes. They changed the air feed system and increased the number of registers, while the number of tubes reached 4,575. The keyboard was attached to the instrument, in such a way that the organist played with his back to the central nave. The air transmission from the keyboards to the pipes operated by electromagnetism.