The façade and the bell tower 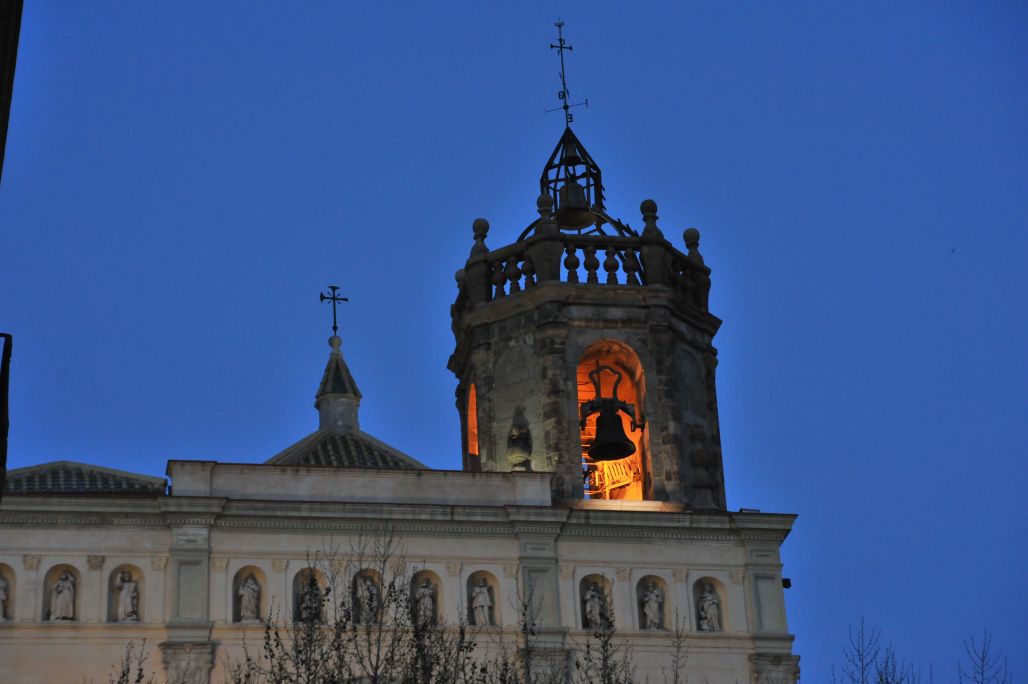 The current façade of Santa Maria was built between 1861 and 1867 in accordance with the project of the architect Josep Simó under the supervision of Jeroni Boada, the Mataró master builder. Inspired by the central section of the Charterhouse in Pavia, it is one of the first works in the neo-mediaevalist style in 19th-century Catalonia.

The construction of a new façade had been pending since the enlargement of the temple was completed in the mid-18th century. The small baroque façade had become disproportionate to the size of the nave. It was decided to superimpose the new one over the old one.

Over the door, Our Lady of Candelaria and the Saints Juliana and Semproniana were the work of Joaquim Ros, in the late nineteen-fifties. In 1992 the sculptures of the first line of alcoves, the work of Jordi Puiggalí, were positioned, recovering the previous ones destroyed in 1936 and built in 1863 by Josep Anicet Santigosa.

The bell tower of Santa Maria is a landmark of the city of Mataró. The lower section, hidden from view, is probably part of the Romanesque building. The tower, with a Gothic structure up to the floor with the bells, dates back to the 15th century. The highest part, with the emblematic Baroque crown, was constructed from 1744 onwards by the Mataró master builder Jeroni Renter.